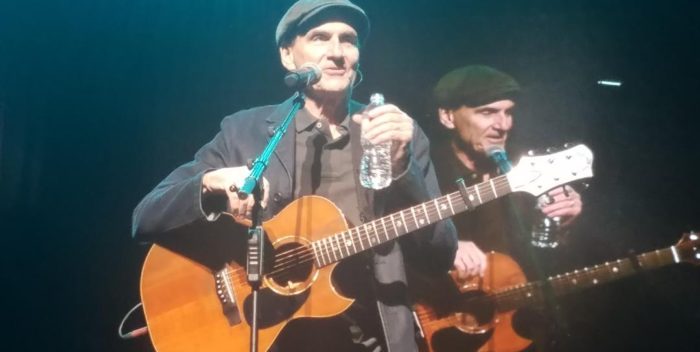 Everyone is looking for comfort music, especially with so few new releases.

The result it that the iTunes chart is now filled with catalog hits from years ago that have been discounted.

This is not the same as Mariah Carey’s fans concerting efforts to push an old album to number 1. Indeed, Carey has no albums in the iTunes top 100 now.

But Madonna does– her greatest hits. And there are greatest hits collections from Journey, Queen, the Beatles, James Taylor, Red Hot Chili Peppers, the Police, Chicago, the Eagles, Tom Petty, and so on. All in all, there are 41 entries from legacy acts mixed in with today’s hits.

Plus there are two “Guardians of the Galaxy” soundtracks, which consist songs from the 70s and 80s, plus several compilation albums of songs from those decades. There’s also Frank Sinatra’s greatest hits.

And it’s not like these old albums are selling that many copies. For example, James Taylor’s Greatest Hits, at number 7, has only sold 700 copies since Friday. It doesn’t take much to hit the top 10.

Catalog greatest hits albums are like grilled cheese and tomato soup on a cold day. If you’re looking for more, try packages from Aretha Franklin, Al Green, Earth Wind & Fire, the Temptations, Sam & Dave, and Tower of Power, just to name a few. And if you’re looking for a Mariah Carey album, my suggestion is “Music Box.” That one is worthy of new attention.