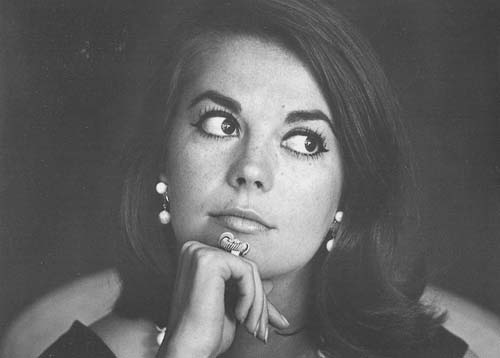 Natasha Wagner knew her mother pretty well. She doesn’t mention anything about movie star Kirk Douglas attacking her mother as a young woman. But she does make some pretty keen observations about her aunt Lana Wood, about to try and cash in one more time with a new book abotu Batalie Wood.

Now Natalie’s daughter, Natasha Gregson Wagner, writes about Aunt Lana in her memoir, called “More than Love.” I’m knee deep in this fascinating book which is already a best seller. Remember, Natasha is not RJ Wagner’s daughter. Natalie, in between marriages to Wagner, married Richard Gregson for three years, and had Natasha. Gregson died last summer at age 89. Wagner, stepfather, has considered her a daughter since birth.

“At some point it became clear that my aunt Lana, her daughter Evan, and their eight cats had moved into Baba’s condo. After my mom died, Lana had continued to write to my dad asking him for money and loans. While my father felt an obligation to support Baba, he didn’t see why he should support Lana too, so he told her no.

“As soon as I turned eighteen, Lana began writing to me as well. My father advised Courtney and me to refuse these requests. In our family’s opinion, it didn’t seem to matter how much money we gave Lana; it would never be enough. After Lana moved into the condo, Baba would complain to me that her daughter and Evie needed money, which was why she turned over her Social Security checks to them every month. They had taken over the master bedroom. Baba was now in the small second bedroom.

“Soon, neighbors began complaining that a putrid smell was emanating from the apartment. When Liz went to investigate, she found dirty plates piled up in the sink, trash that had not been taken out for weeks, and cats and cat feces everywhere. We moved Baba out of the condo and into a one-bedroom apartment on Barrington and Wilshire in West Los Angeles. Our attorney sent a letter to Lana telling her to vacate the condo within thirty days. It took another three months to clean and disinfect the place and make it habitable.”

As for Aunt Lana’s assertions over the years that Wagner somehow killed Natalie, Natasha writes:

In 1984, she published a book about my mother. Around the same time, Lana did a TV interview where she was asked if she thought there was anything mysterious about my mother’s death. Lana replied, “Absolutely not!” Why didn’t she accuse my dad then? Why did she wait more than twenty-five years to “speak her truth”?”