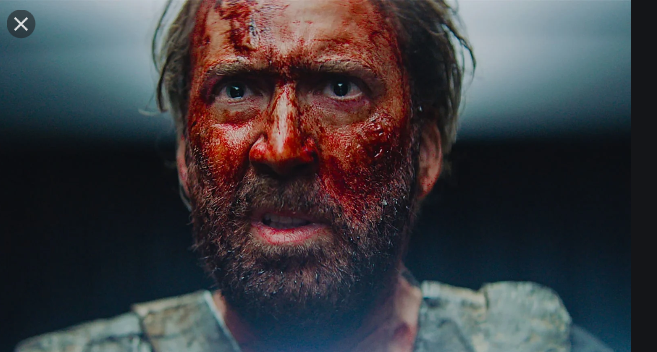 Since the mid 90s, Nicolas Cage’s career has been, let’s face it, a shambles. One B or C movie after another, nearly nothing of value. It makes you wonder what happened to the Oscar winning star of “Leaving Las Vegas,” who was so great in films like “Moonstruck,” “Face/Off,” and so on.

So now Cage, the nephew of Francis Ford Coppola, has signed to play vile, low class Joe Exotic in an 8 part mini series about the central character from “The Tiger King.” Variety reports that Dan Langana, producer of equally low class fare like “American Vandal” and “Deadbeat”– let’s call them the opposite of “Mad Men” or “The Crown”– will shepherd this vital program to our TV sets. First he has to make it, then sell it to a platform like Netflix or Hulu.

This is like “Bowfinger,” actually. Can Langana pull this off? Can he find a decent director, writer and cast, and not have this turn into an Allen Carr musical? I don’t know. Kate McKinnon wants to play Carole Baskin in her own version of this thing, although Melissa McCarthy is really the right person. (Don’t get me wrong, I love Kate. But MM for this.)

Will “The Tiger King” story not be so interesting by next fall? I think so. But hey. A Nicolas Cage version is just what the quarantine ordered!