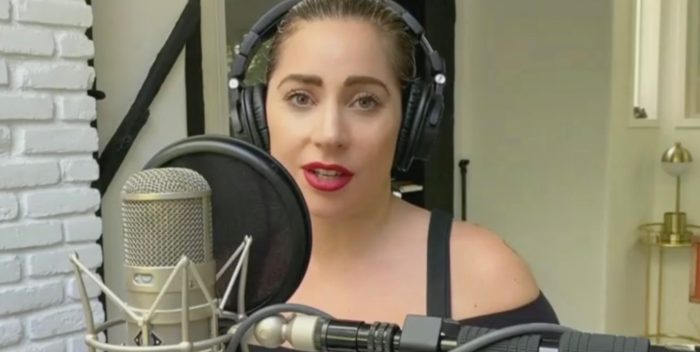 Lady Gaga’s One World Together at Home scored about 14 million over the three networks last night. On ABC the two hour average was 5 million, just as it was on NBC. On CBS it was a little lower, just above 4 million. A huge hit? For network TV, if it were all on one channel, yes. Spread out among the three, not so much.

The demos were low numbers for young people, very high for over 50. All 7s for the older crowd. Luckily no one was harmed during JLO’s performance. Ouch. But there was not much draw for Billie Eilish fans to hear her whisper Bobby Hebb’s “Sunny.”: Ditto, Taylor Swift’s “I’m being held hostage” didn’t bring in her fans in droves. The Stones, McCartney, Eddie Vedder, that’s where the interest was.

Global Citizen is now touting $127 million raised somehow. It has nothing to do with them. The money is corporate donations made before the show. Global Citizen didn’t make the money, doesn’t donate money to anyone. They are at best a PR company. It’s one of the best cons ever invented.