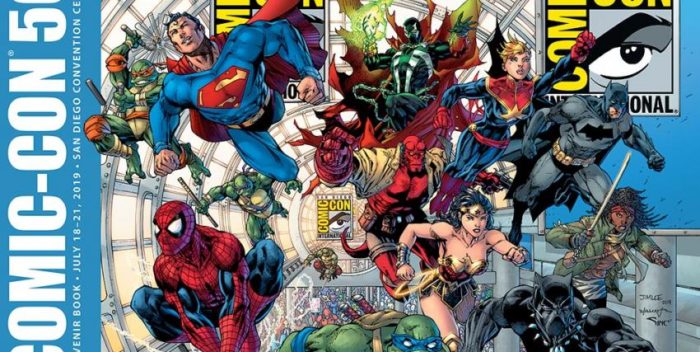 Put a pin in Comic-Con in San Diego. The annual July Halloween parade is postponed til next year. This is the first time it’s not happened in 51 years.

Instead, you’ll have to dress up like Black Widow or The Incredible Hulk at home. No one is coming to tout the fall movies since there are no movies and no movie theaters, despite Donald Trump’s assertion that “We’re open! Come get infected!”

Comic-Con was set to take place July 23-26th. Now you will have sit in a sweltering living room and mouth the dialogue to “Ant Man” to yourself.

But what’s worse is that the cancellations following Comic-Con are going to be more heartbreaking. Major film festivals are about to be scuttled. There will be shock and dismay. I am personally going to work on a tuna trawler in Maine, or wherever they trawl.

As for Comic-Con, I don’t go because I’ve heard you stand in long lines, publicists aren’t helpful (oh, by the way, that game is over), and you don’t get your picture taken with the Fantastic Four.

I was looking forward to Steven Spielberg bringing the cast of “West Side Story,” dressed in costume– and a whole auditorium in Hall H (yes, I know the lingo) snapping their fingers in unison.

The good news is that there are online reunions next week of the casts of “Dallas” and “China Beach.” They wanted to do one of “Bewitched,” but none of the cast has wifi.