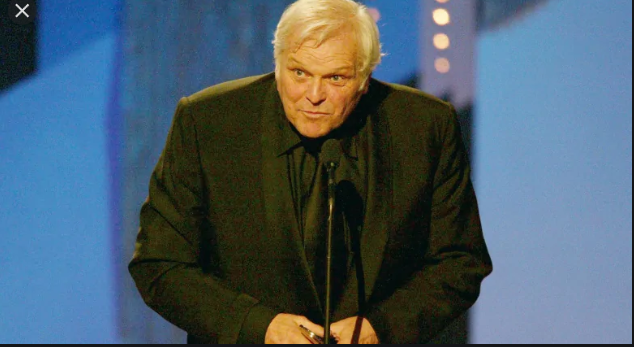 Brian Dennehy has died at 81 from natural causes. This great actor was a star of all media, particularly theater and TV. He won a Tony Award and a Golden Globe. He was nominated for 6 prime time Emmy awards.

Big and barrel chested with a hearty laugh, Dennehy was from my hometown, Bridgeport, Connecticut. He was married twice and had five children. He won two Tony Awards for Best Actor in a Play. for “Death of A Salesman” in 1999 and “Long Day’s Journey into Night” in 2003. I can see him in the latter, with Vanessa Redgrave. They were each spectacular.

At one point he had a bad drinking problem. Dennehy said: “I used to be a pretty serious drinker. Heavy in defiance of knowing my family situation, which is chock-full of alcoholism. For a long time I was a functional alcoholic, though it never got in the way of my work. But it affected relationships. I never killed anybody, but I made people unhappy, including myself and people who are extremely important to me, like my kids. It’s easy to say I had a wonderful time and a lot of great years, and I did. There were some bad times, too. So that was not a major give-up. That time was due.”

That never affected his work. He was a constant presence on television dating back to 1977, never missing a year. He recently appeared in 8 episodes of the “Blacklist.” He even had a recurring role on “Dynasty” in the 80s. There wasn’t a minute in the first two decades of his career when Brian Dennehy wasn’t on TV. He had a varied, storied, and remarkable career.

I met Brian often and we chatted a lot. He was a great guy, a real legend in his own time. He will be sorely missed.