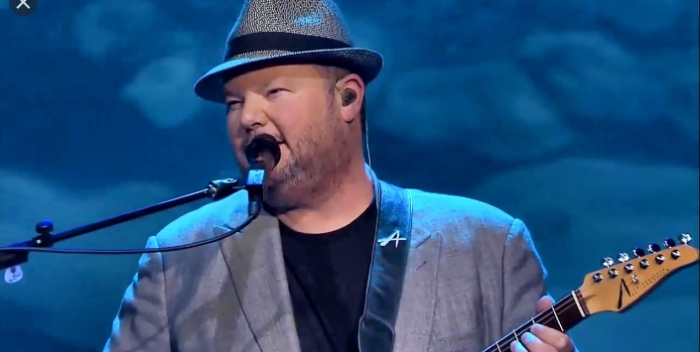 Grammy winning singer songwriter Christopher Cross is really suffering the effects of coronavirus. He says his legs are temporarily paralyzed following having the virus. Back in 1981, Cross swept the Grammys with his song “Sailing,” which unaccountably beat “New York, New York” for song of the year. Cross’s other hits were “Ride Like the Wind” with Michael MacDonald and “Theme from Arthur,” which was about the moon and New York City. He also had a hit called “Think of Laura,” about the soap opera characters from “General Hospital.” He got hit with the virus, couldn’t get a test, but luckily survived without respiratory trouble. Everyone sends him prayers for a speedy recovery. 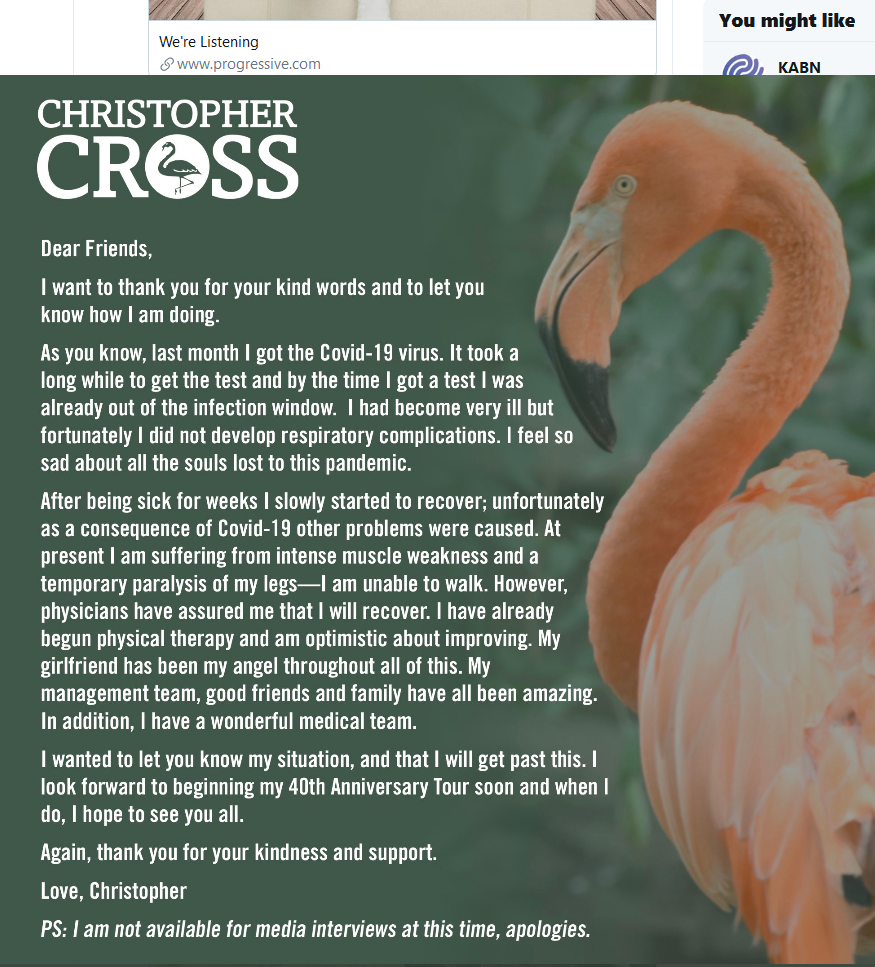