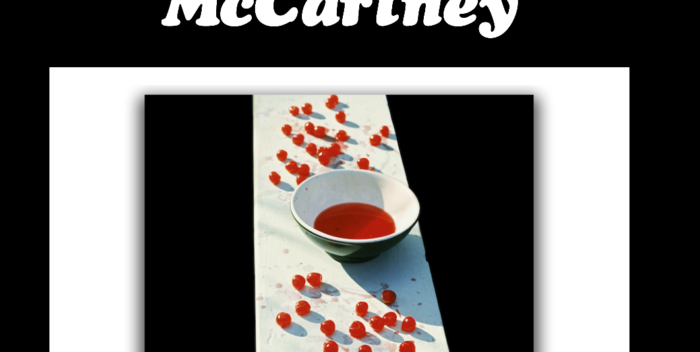 There will also be the release of an official video for “Maybe I’m Amazed” at 10am, two hours earlier.

I don’t know about you, but I’ve got nothing else to do. I was studying hard for my bar mitzvah when “McCartney” was released. Now I’m praying I don’t lose my mind before May 15th.

It’s time to reminisce about the worst band break up in music history. Somewhere above the clouds, Allen Klein and Lee Eastman are strangling each other, John Lennon is refereeing, and George Harrison is staying out of it.

Below the McCartney video holder is Phoebe Snow singing “Every Night,” my favorite version.