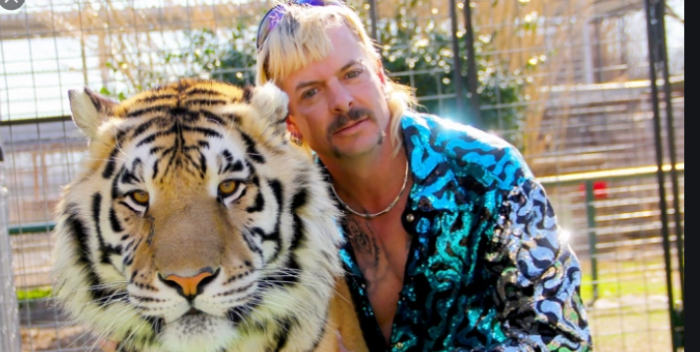 As much as I loathe all the people from “The Tiger King,” a parody is just the right thing. So here’s “Little Pieces” from Broadway composer Andrew Lippa and star Kristen Chenoweth. This may be the best thing Lippa has ever done (his musicals have not been great successes). Chenoweth is playing Carole Baskin, the nut who Joe Exotic is in jail for trying to kill. They should release this track as a single ASAP to iTunes. It’s very good.

I hope Lippa keeps going. Still to be cast are the dozens of hideous other characters including Joe Exotic, who should be played by Neil Patrick Harris plus Don Lewis, the husband Carole allegedly fed to the tigers. I have watch all 7 episodes of “Tiger King.” The really weird part of it is that Eric Goode, who I knew from nightclubs in the 80s, produced it and appears on air. But most of these people could have roamed around Area without much notice!