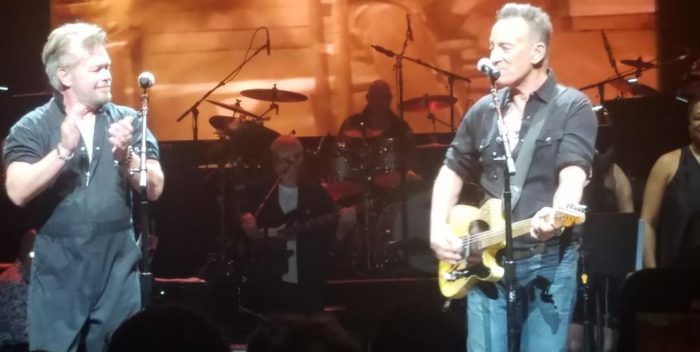 The Boss is deejaying live on his satellite radio channel, spinning discs that he loves. He is not playing or performing, although those were the original, inaccurate reports.

But isn’t this more fun? I hope he’ll talk about his love of soul music, his favorite singers like Garland Jeffreys and Sam Moore, and play their hits. Maybe he’ll play the records that influenced him as a kid. Bruce’s insights about classic music are worth their weight in gold.

The show begins on Sirius XM at 10am on the E Street Channel, number 20. Here’s what they say officially. BTW I corrected the spelling of Sam Cooke’s name from their website: Bruce Springsteen takes over his own channel, E Street Radio, to play songs and share thoughts about the times we are living in. “Hear Bruce select songs from Roy Orbison, Sam Cook, Don Henley, Lucinda Williams, Bob Dylan, Patti Scialfa, Wyclef Jean, and more!”