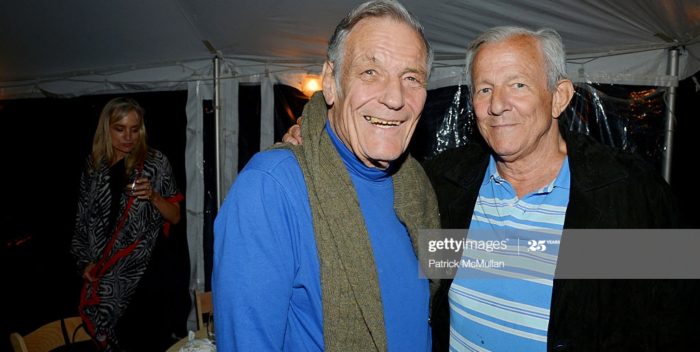 It’s not just a little ironic that as New York suffers, two of its great artists and luminaries are having serious problems.

Peter Duchin, the bandleader and author, and Peter Beard, the photographer and world traveler, are at literal (in the case of Beard) cliffhanger moments in their lives. The irony is that they are the same age– 81– and have known each other for 75 years, since they were six years old.

Peter Duchin is hospitalized and fighting coronavirus in Manhattan. His wife, Virginia Coleman, and his sons, Colin and Jason, are praying for him. Colin Duchin posts updates to Instagram every other day. Today he wrote: “ICU, still fighting…all of your Love and Grace is amazing.”

Duchin is a fighter. His mother died when he was five days old. His father, the bandleader Eddie Duchin, died at 40. Peter was raised by New York billionaire statesman W. Averell Harriman and his wife, Marie Norton Harriman. This put him squarely in New York society among all the most famous and powerful people of the last three quarters of a century. Despite all that wealth and power, Peter turned out to be a swell guy, a great musician, and incredibly popular personality.

Peter Beard is also a fighter. A famous photographer, rabblerouser, playboy, raconteur, Peter has traveled the world many times over. His affinity for Africa led him to be mauled by an elephant in 1996. That didn’t stop him. His wild life included three marriages, the second to Cheryl Tiegs. Beard, like Duchin, graduated from Yale. He is also from an aristocratic New York family.

Three days ago, Peter, who suffers from dementia, vanished his home in Montauk. I’m told his wife, Nejma, literally turned her back for a minute and he was gone. She immediately called the police. Since then, despite a massive manhunt, there’s been no luck finding him. The Beards’ home is isolated, and up against thick woods and a cliff that leads to the ocean. The search continues but there’s no good news. East Hampton Police Capt. Christopher Anderson told Newsday this morning that they were scaling back, however. “The harsh reality of this particular search and situation is that this property is surrounded by the Atlantic Ocean,” Anderson said. “Basically, his property goes out to a sheer cliff and bluff, and that’s something that we also need to consider.”

Two towering figures of New York nightlife and history, with a shared history as well. Their friends, families, and fans are all praying for miracles.