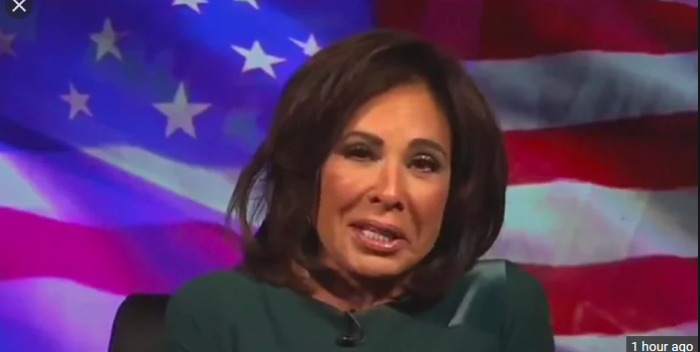 Let’s just ask the question everyone else has on social media since last night: Was Jeanine Pirro bombed on last night’s live show?

The Fox News show host missed the first segment of her live show last night on Fox News. The reason given was “technical difficulties.” When she did appear on air, Pirro seemed more subdued than usual, a little glassy eyed. But she persevered.

It wasn’t until her third segment that Pirro really seemed “wasted,” like maybe she’d had a cocktail or two in between segments. Her hair was askew and she started to bob around. Her guest, Lisa Booth, in that segment seemed to know what was going on, and kind of yelled at the judge to get her attention. Look below when Booth greets her with “Hey Judge!”

In the fourth segment, Pirro really unwound. She seemed to be doing a parody of Cecily Strong’s “Saturday Night Live” parody of her.

Well, it was Saturday night, and we are in a crisis, and in the end Pirro didn’t say anything more outrageous than usual. Most of her small viewing audience is already in bed, dozing off, or drunk themselves.

Beyond parody. You can actually see Jeanine Pirro putting down her drink at the top of her show tonight…which was delayed due to “technical difficulties”. pic.twitter.com/5hOC11BFtM

Now, TELL ME SHE AIN'T FAILED that 12-Step Program.
Who in the Pirro family is in charge of watching her and Internventions? Where'd they go? #DrunkJeaninepic.twitter.com/UkpsJ2FhD8

Judge Jeanine Pirro was clearly drunk last night during her broadcast. Hair messed up and slurred speech. So this is what we expect from Fox News now? Racism, sexism and now drunk anchors. How professional. 🙄#SundayMorning #SundayThoughts #FireJeaninePirro pic.twitter.com/aiMnkynLhA