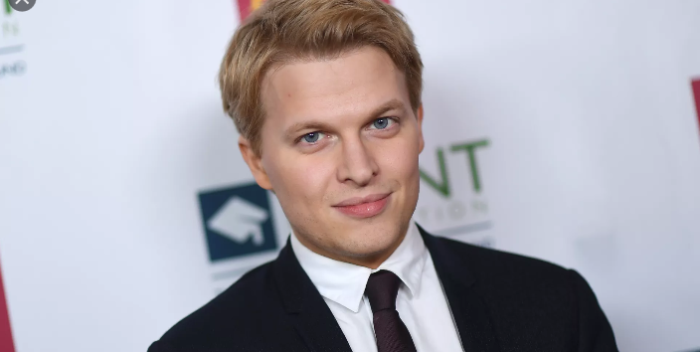 Woody Allen’s memoir is apropos of a lot of things. The book, available now, is a wonderful read on a lot of subjects. But I’ll start with this one”?

For one, Woody’s spent a lot of time being thrashed in the press by his one biological child, Ronan Farrow. Additionally, he’s had to suffer the slings and arrows of Mia Farrow, Woody’s ex girlfriend (with whom he did not live) that Ronan might be the son of Frank Sinatra, her ex husband.

Now Woody says in the book: “…one day Mia announced she was pregnant. I
naturally assumed it was by me and the wolfsbane had
finally kicked in; and despite her suggesting Satchel was
Frank Sinatra’s child, I think he’s mine, though I’ll never
really know. She may have still been sleeping with Frank,
as she hinted, and may have had any number of outside
affairs, for all I know. As I said, we lived apart.”

More shockingly, Woody reveals in the book something his adopted son, Moses Farrow, told him. That Ronan’s famous childhood story of spending months in a hospital with a leg infection– and having to use crutches for a long time– is not true.

Woody writes: “Listen to Moses, who was there and described things:
“After Ronan finished law school, Mia had him undergo
cosmetic surgery to extend his legs and gain a few inches in
height. I told her I couldn’t imagine putting someone through
the ordeal for cosmetic reasons. My mother’s response was
simple, ‘You need to be tall to have a career in politics.’
It was, of course, a long and painful process for Ronan,
who had his legs broken a few times and reconstructed to
lengthen them. The insurance company didn’t see the medical
necessity and refused to pay for it. Of course, Mia and
Ronan tell a different story but that’s what happened.” The
covering story handed out about Ronan’s knee problems,
his walker, and months of reconstruction was based on his
actual contracting of a disease while working abroad. This
was supposed to account for the surgery, but Moses was
present during much of the painful process. Meanwhile,
Mia might put Ronan through this leg-breaking barbarism
to satisfy her plans for his future, while I’m the one the
judge sticks with a monitor.”

The surgery, by the way, exists and is even more popular today apparently. It does sound barbaric.

Woody is held up now for ridicule by the Farrows as a parent. But Woody — who has raised two beautiful girls with Soon Yi, recalls of Mia’s parenting :

“When Satchel was born, things took an even darker
quantum leap. From his birth, Mia expropriated Satchel.
She took him into her bedroom, her bed, and insisted on
breast-feeding him. She kept telling me she intended to do it
for years, and that anthropological studies have shown positive
results from tribes where breast-feeding goes on much
longer than on the Upper West Side. Years later, two very
professional and perceptive women who worked in Mia’s
house, Sandy Boluch and Judy Hollister, the first as babysitter
and the second as housekeeper, described numerous
incidents. Sandy reports seeing Mia sometimes sleeping in
the nude with Satchel (now Ronan) a number of times till he
was eleven years old. I don’t know what the anthropologists
would say about that, but I can imagine what the guys in
the poolroom would say.”

Ronan, who was named Satchel at birth, was five when Woody and Mia’s split came.His sister, Dylan was 7. After the public scandal and custody hearings, Woody was separated from the children for good. He writes:

When she [Dylan] got a little older and
I imagined she would realize how she was being used, I
wrote her, just sweet, affectionate, brief letters asking how
she was doing. No commercials for me. The letters were all
intercepted by Ronan and I received curt, evasive answers
that began, “I told Dylan about your letter and she is not
interested.”

I finally wrote Satchel and said, “Do you always open
your sister’s mail and read it?” No answer except he wrote
back that if I really wanted to help out, I should send money.I already was supporting them generously by law, but if Mia
was right about Satchel being the son of Frank Sinatra, then I was really being bilked.”

“Daphne Merkin, who
wrote the story on Soon-Yi for New York magazine, relates
how Ronan phoned the magazine prior to the story coming
out and pressed them to drop it. They wouldn’t but he
pressured them, and so they softened it in a number of
places in ways that might not offend the Farrows. Example:
Daphne and I saw each other for a lunch perhaps once a
year if that, but the magazine made up that we were close
friends, so it appeared she could be prejudiced in my favor.
And I already gave you the watering-down of the being hit
with a telephone. They also had planned to put the story on
the cover but dropped it after the phone call from Ronan. Is
this not the quintessence of hypocrisy when Ronan writes a
book critical of NBC for trying to kill his story on Harvey
Weinstein? But, I guess whatever works.