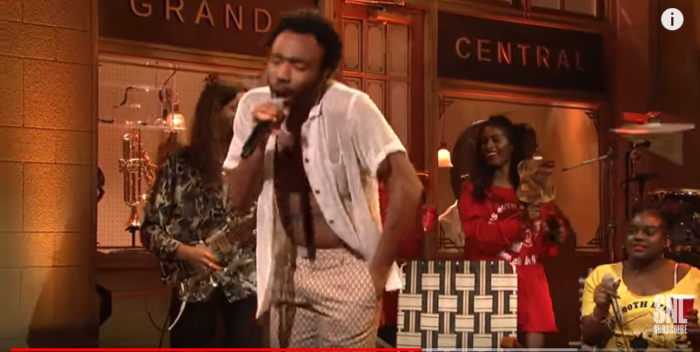 UPDATE: The music has been removed from the website. Some kind of tug of war is going in the Glover group. It’s a mess.

The music, untitled, is free. It’s not downloadable and isn’t divided into playable tracks. It’s just a block of music, without titles. It’s unclear where this leaves Sony Music and RCA Records, to which Glover was signed for his last release.

One listen so far, and, of course, it sounds great. But a proper release of some kind would have helped. Just a little information.

The site is donaldgloverpresents.com. There’s a track featuring Ariana Grande.