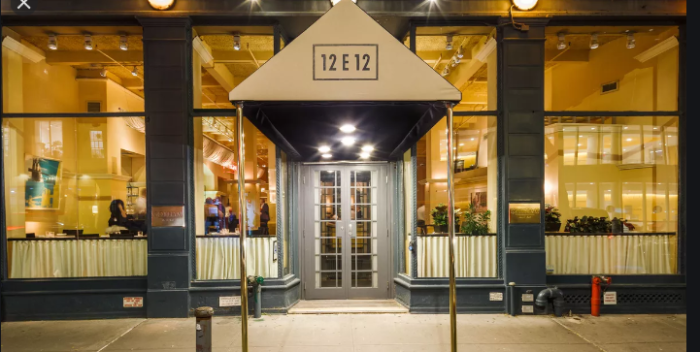 This is just so sad. The Gotham Bar and Grill on East 12th St. will close tonight after 36 years. It’s partly due to the virus panic, and somewhat because time has marched on. Here’s their statement:

“We have been forced to make the very difficult decision to close the Gotham after 36 wonderful years because the unforeseen situation created by the coronavirus has made operation of the restaurant untenable. As you can imagine, this has been a very painful decision to make but one that is necessary given the current circumstances. We are grateful to our staff and guests who have supported us over these many years and will now look forward to doing what we can to help our industry and city recover.”

The Gotham is my neighbor and has been since it opened in 1984. Alfred Portale’s gorgeous old school looking palace with new wave food was an immediate hit if only because Gael Greene, who then wielded enormous power in New York magazine, sang its praises day and night. She was right, of course. This was the restaurant of a generation. The Gotham opened to ride the wave of the Baby Boom. It was expensive, but everyone had money then. Reagan was in office. It was high times, indeed. Everyone was on an expense account. No one stayed away.

This was also the era, uptown, of Le Cirque. This was the beginning of the end for table cloths and crumbed tables, diners still dressed well. No one wore shorts or sneakers in the Gotham. No one was tattooed. There was a breeze of success and glee in the room.

It was in the late 1980s that I first read Dawn Powell, rediscovered as the female version of F. Scott Fitzgerald. She wrote about the Village of the 30s, 40s, and 50s. Nearly all the places she wrote about were gone, except the Cedar Tavern, which is now a nail salon. (The people who did that should shunned publicly.) I’d read about the hotels, bars, and restaurants of that era and wonder what happened to them. I used to think, that won’t happen again. We will hold on to our favorite places. But you can’t stop it. That’s what happens. The charmed people move on. They get tattoos, wear vans, vape, drop their Starbucks cups wherever they want. They have new places to go, where there’s better wifi, and no gluten. The hell with them.

Thanks to Alfred Portale, who decamped the Gotham a short time ago, perhaps seeing the writing on the wall. Thirty six in restaurant years is 100. The fact that he made it as long as he did is a wonder. When the Gotham opened, Fairchild Publications was across the street. John Fairchild and Womens Wear Daily– they were titans. Also across the street, on the same block, was the Asti, where the waiters sang opera as they brought your food. At night the block sizzled. At the University Place corner, everyone went bowling. Then they crowded into Stromboli Pizza. You hung out in Reader’s newsstand to get the new magazines. You went to Bradley’s for jazz, to the Cedar, to the Cookery to hear Alberta Hunter.

It’s all gone now. One day Dawn Powell and I trade notes.