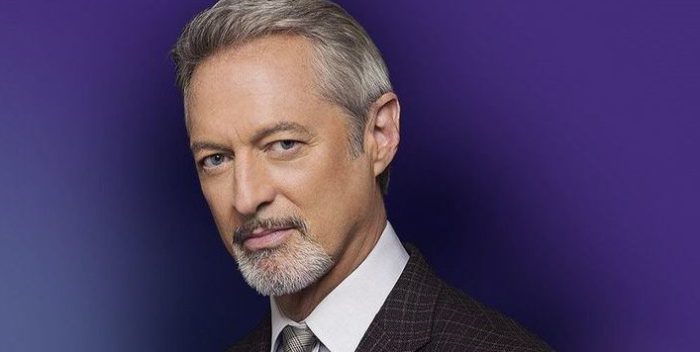 The family of Roscoe Born, who starred on many soap operas, often as a convincing villain, says he died from suicide on March 3rd. He was 69. I remember him as Joe Novak, a good guy gangster (sort of Michael Corleone) on “Ryan’s Hope.” “Soprano’s” star Dominic Chianese played a mob enemy. Later, he had a long, recurring run on “One Life to Live” as Mitch Laurence, the head of a cult. He was nominated for a daytime Emmy in 1990 for work another soap, “Santa Barbara.”

“It is with heavy hearts that we confirm the death of our father and brother Roscoe Born. The gleaming charisma and creativity that shone through his onscreen performances, fueled his robust songwriting repertoire, and charmed all those around him were matched by a darkness in his life. Roscoe has long struggled with bipolar disorder, a shadow that he succumbed to when he took his own life on Tuesday March 3, 2020.

“We are grateful for the outpouring of kind words and memories. We only wish that Roscoe could have seen how much people still carry his daytime villains in their hearts. May his death remind us of the importance of opening up conversations around mental illness. May those who need help seek it. May those who seek help receive it. And may it serve them.”

Please: If you’re thinking about suicide, are worried about a friend or loved one, or would like emotional support, call the National Suicide Prevention Lifeline’s toll-free number: 1-800-273-TALK (8255)