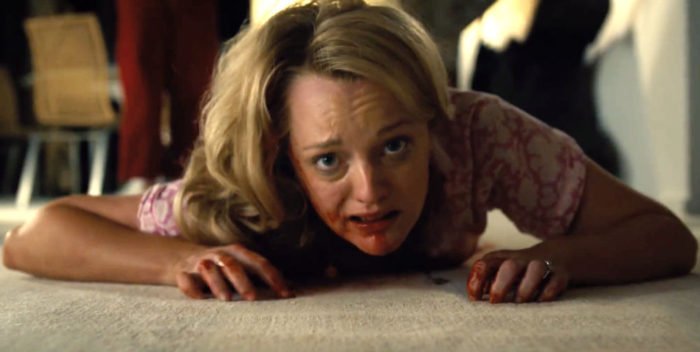 Peggy Olson has really made a name for herself since leaving Sterling Cooper Draper!

Elisabeth Moss graduated from “Mad Men” to “The Handmaid’s Tale” on television and got a lot of awards and buzz. But now she has the number 1 movie of the weekend with “The Invisible Man.”

The horror film from Universal Pictures had a $29 million opening weekend, while scooping up another $20 million internationally. Peggy can afford to move out of her leaky apartment at last. Good for her!

There has to be a sequel, no? In the next one, Moss is invisible (like the original) and wrecks havoc. Then in the last part of the trilogy, everyone is invisible!

Elsewhere at the box office: “Parasite” has crossed the $50 million line. The Oscar winner for Best Picture is the most successful foreign film, international film, subtitled film, whatever you want to call it. For Neon Pictures, it’s a capper on a great season. I’m hearing “Parasite” is so happy, it’s thinking of changing its name back to its Korean name, “Gisaengchung”!