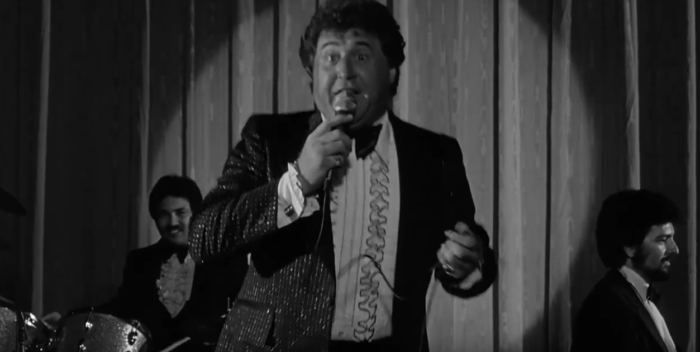 Earlier this week, Nick Apollo Forte passed away at age 81. A great lounge singer, particularly on cruises, Nick appeared in just one movie. He memorably played lounge singer Lou Canova in one of Woody Allen’s classic comedies, “Broadway Danny Rose.” Watch the clip below. He sang two of his own songs, “Agita,” and “Mio Bambino.” If there had been social media back then, Nick would have skyrocketed. He explains what happened here in this 2012 interview.

Nick died in Waterbury, Connecticut, surrounded by family. PS I wonder what happened to all of Danny Rose’s other “clients” from that movie? They were wonderful. Also, look for Milton Berle in the clip.