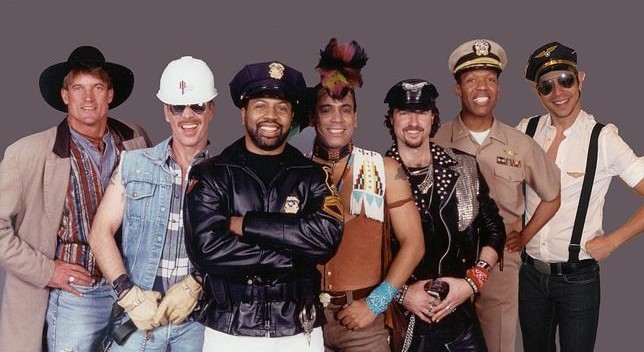 Seventies disco group The Village People have handed Donald Trump a real gift. They’ve given him permission to use their campy, gay themed songs “TMCA” and “Macho Man” at his rallies.

On their Twitter account, the Village People write: “Here’s our position on @realDonaldTrump use of our music. Though we don’t endorse his use, we’re not in the position to prevent such use unless he crosses the line. He has not. We have Democrats and Republican fans alike.”

We have received numerous requests demanding that we prevent or ban President Donald Trump’s use of our songs, particularly “Y.M.C.A.” and “Macho Man.”

With the latest use of “Macho Man” in India, we are being inundated and can no longer remain silent.

Since our music is not being used for a specific endorsement, the President’s use is “perfect[ly]” legal.

He has remained respectful in his use of our songs and has not crossed the line; if he or any other candidate were to use any of our songs in a manner that would suggest our endorsement, or in a promotional advertisement, that would cross the line.

Like millions of Village People fans worldwide, the President and his supporters have shown a genuine like for our music.

Our music is all-inclusive and certainly everyone is entitled to do the YMCA dance, regardless of their political affiliation. Having said that, we certainly don’t endorse his use as we’d prefer our music be kept out of politics.

It’s ironic that most of Trump’s fans are homophobic rednecks who still don’t understand the lyrics to the Village People’s songs. But ok, it’s funny enough that they’re singing along to then. But even better, who are The Village People, exactly?

The group, which became popular in the late 70s, is now once again owned by its founder, Victor Willis, a black man who dresses up like a cop in the group. The ex husband of actress Phylicia Rashad (before she was on “The Cosby Show”) wrote the songs Trump is enjoying at rallies. But for a long time Willis was out of the picture. That’s because he had a series of arrests for drugs and one on gun charges. At one point he was on the run from the law. His lawyer at one time was Mark Geragos.

Some fans on social media are critical of Willis for letting Trump use the songs without complaint. He’s just about the only writer of a popular song who hasn’t threatened a lawsuit of some kind. But Willis may be enjoying the irony of all those MAGA hatted doofus’s chanting his words and waving their fists in the air. As with everything else, they have no idea what they’re doing.