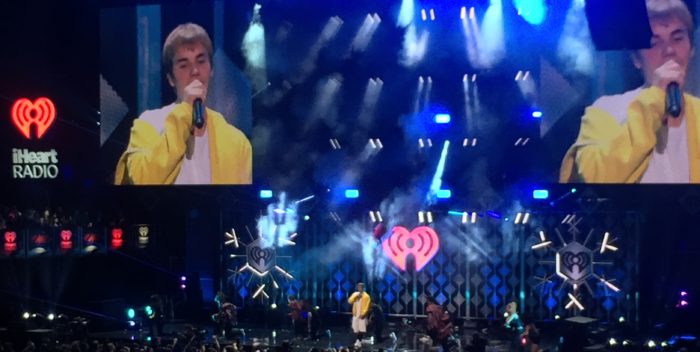 Justin Bieber’s new album, “Changes,” debuted at number 1 right after midnight on Friday on iTunes. That’s as expected. Almost five years since the last album, and so much money poured into the promotion between listening parties and the multiple part “documentary” on iTunes called “Seasons.” (I watched the most recent episode, it looked like “Spinal Tap.”)

Bieber had already released one terrible single called “Yummy” and then a better one with Quavo called “Intentions.” They are respectively at number 48 and number 3 on the single charts. The album release hasn’t moved them. Billie Eilish’s James Bond song, “No Time to Die,” went straight to number 1 Thursday night and is lodged there now for the time being.

There is an underlying apathy about Bieber. You can see it on the Apple Music streaming chart. If the album were really a hit, all its tracks would be at the top of that chart. That’s what happens when a real hit album arrives. The songs are being streamed, on Apple Music and Spotify. But in this case, that’s not happening. Nothing is happening. One track, featuring Post Malone– another star of the moment– is doing well. But the “Changes” songs aren’t motivating much activity.

And why is that? I’ll tell you why: they aren’t good songs. They are droning and monotonous. Bieber has a limited musical and lyrical vocabulary. He has an 8th grade intellect. His interests are confined to himself and “relationships.” By the age of 25, Stevie Wonder had released “Songs in the Key of Life.” He combined jazz, big band, R&B, Latin sounds. The lyrics addressed birth and death and love in an adult way. Bieber has been all over the world and seen nothing of it. If he has anxiety it should be about the fact that he doesn’t read the newspaper.

So stay tuned. “Changes” are coming. And they’re not going to be happy ones. No one who works with Bieber is going to tell him this. Those people have made all the money they can from him. He doesn’t get that. They will encourage  him not to change, so by the time he’s 30 he will be totally moribund. If he’s really interested in music and not pants without a belt, tattoos, and race cars, he’d better delve into educating himself and spread his wings before they cease functioning.