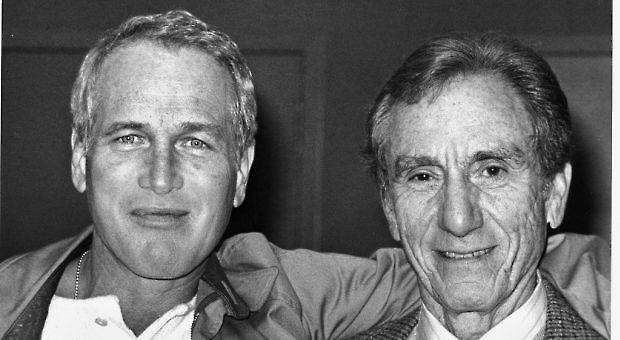 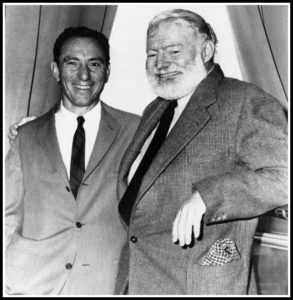 It’s the end of an era. A. E. Hotchner has died at 102. Let me tell you, he was quite amazing, the inventor of his own legend, a myth maker, and much more. He was a terrific writer and a great entrepreneur, not to mention an impresario and raconteur.

Hotch, as we knew him at Elaine’s, was most famous for his friendship with Ernest Hemingway. His biography of Hemingway, called “Papa Hemingway,” published in 1966 put him on the map. The book solidified his place at Elaine’s, the great watering hole for writers on the Upper East Side. He held court there until Elaine’s death in 2010. He wrote a coffee table called “Everyone Comes to Elaine’s” and even attempted a musical about Elaine starring Lainie Kazan that didn’t make it past workshop stage. It was in Elaine’s that I met him in the late 80s.

Hotch’s other biographies included those of Doris Day, Sophia Loren, and Paul Newman. It was the friendship with Newman which actually eclipsed the one with Hemingway. It was Hotchner who convinced Newman to bottle his salad dressing and spaghetti sauce, and turn the whole thing into a charity that funded their not for profit Hole in the Wall Gang camps. Hotch lived in Westport, same as Newman, and they became local royalty. Hotch and Newman were friends til Paul’s death, and Hotch was always connected to Newman’s Own.

Hotch’s career really was as writer of teleplays in the late 50s and early 60s for the golden age of television. It was in addition to writing celebrity profiles and articles for myriad magazines. A lot of the teleplays were based on Hemingway’s stories and novels, like “For Whom the Bell Tolls” and “The Snows of Kiliminjaro.”

A story we each knew, improbably, bonded us: Around 1960, while living in Westport, Hotch met the father of a friend I made years later, in my 20s. Hotch was so enamored of this guy, a charmer with a lot of great stories and inventions. He lost some money and some face when he peddled a story on this guy to the Saturday Evening Post only to learn from fact checking department that nothing was real. Hotch was red faced; he’d invested a lot of money in nothing.

But the story became apocryphal, and we often dissected it for fun. He never did turn it into fiction. But his novel, “The Man Who Lived at the Ritz,” showed his flair for drama. It was a bestseller, and became a hit mini-series.  No one knew how to tell a story like Hotch, which is why Elaine loved him. He could spin a yarn. I’m sure he has joined her big table in the sky, where Elaine, Liz Smith, Elaine Stritch, Peter Maas, Terry Southern and so many of the greats are holding court. And Hotch is introducing them to Hemingway and Newman, of course, as they pull up chairs.