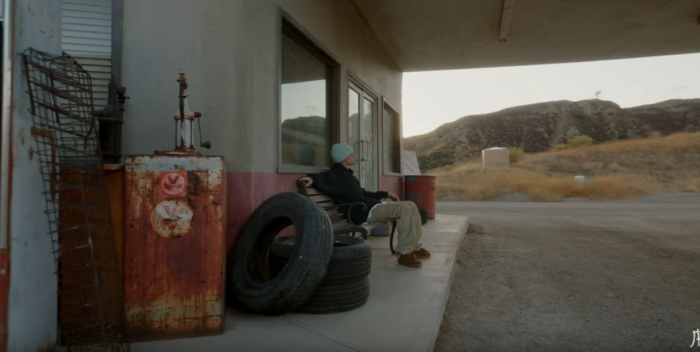 He’s still full of tattoos. The main changes JUstin Bieber has gone through are getting married, and dealing with anxiety. He’s got video series on YouTube in which he keeps whining about mental health issues. But he’s not very introspective and he’s too bright. On the latest episode of “Seasons,” which sounds like the name of Hallmark card store, Bieber says of manager, Scooter Braun, “even if everything falls apart, he’ll always be there in some capacity.” (I cracked up at that one. I’m sure he will.)

The new album is called “Changes.” The first single, “Yummy,” is quite awful. The second single, with Quavo, was a bit better. But basically for a person who’s been all over the world, Bieber has life experience. He is a perfectly packaged piece of Kraft cheese substitute stored in a Ziploc bag. He is, to use an old word, thick. Someone should set him loose in the wild and see if he can make it back in one piece. He also looks, I’m sorry, like he never washes. So we’ve got that, too.

Stevie Wonder was 25 years old in 1976 when he released “Songs in the Key of Life.” Bieber is 25 now, and it’s clear something similar won’t be happening. (Stevie was also 6 years into his musical awakening and emancipation.) So whatever epiphany Bieber fans might have thought was coming is not. This is what it is.

The lyrics…what can I say? One song reportedly has a line “Let’s get it on expeditiously.” Basically, all the songs sound the same. They are sung the same, to computerized music. You could almost call it lounge music, very laid back. Ambien, not ambient. There is no musicality involved. Or particular musicianship. The lyrics are all about Justin, how he feels, what he says about the feelings. He has no view beyond his pre-fab McMansion life. I liked one song, “Come Around Me.” And the singer Kehlani makes for a nice break amid Bieber’s droning. But much of the production feels like it was lifted off a Babyface album circa 1992. But at least “Come Around Me” has a melody and a hook. That’s more than you can say, expeditiously, about the rest of it.

Oy, Justin. Smokey Robinson’s gonna smack you for “Second Emotion.” Are you kidding?