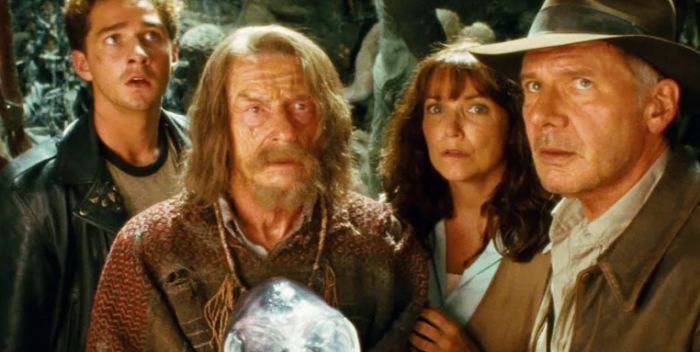 It seems like Shia La Beouf will not be joining Harrison Ford and Karen Allen in “Indiana Jones 5.”

Even though the fifth segment of the series that began with “Raiders of the Lost Ark” is in the planning stages, Shia told me on Oscar night that he’s heard nothing about it. “Those people really didn’t like me,” he said. “A lot of people like me a lot, but not them.”

In the 4th episode, released back in 2008, Shia played Mutt Williams, a young Indiana-type who it was suggested– but never said– might be the son of Indy and Marion Ravenwood. But that was around the time that Shia’s life went out of control, a period that has only recently ended more than a decade later.

Ironically, one of the happiest film stories of 2019 was the quiet, successful return of Shia LaBeouf. The talented Disney child actor looked like he was going to take off like a rocket after wowing audiences in indie films like “A Guide to Recognizing Your Saints” and “The Battle of Shaker Heights.”

In 2019 Shia starred in and wrote his own “Honeyboy” to great acclaim. He also starred in “The Peanut Butter Falcon” with Zach Gottsagen and garnered great reviews. They presented together at the Oscars on Sunday night, and Shia was very protective of Zach all night. They are great pals.

I’ve known Shia a long time, and it’s really satisfying to see him in this new, adult phase. He’s a terrific actor and director. I wish the LucasFilm folks would think to bring back Mutt now that Shia has straightened out his life. I do know that Karen Allen is returning as Marion, and that this should wrap up the “Indiana Jones” saga at least for Ford, who will turn 78 in July, and Allen, who’s a lot younger.

MEANTIME, Shia has two new movies being readied, one that’s done and one that starts shooting soon. And hopefully, he’ll write something new in the not too distant future!

This column has been updated to reflect Alma Ha’arel directed “Honey Boy.” My apologies. She made a wonderful movie.