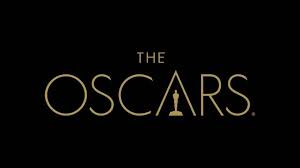 Fans at the Comedy Club on Sunset Boulevard got a nice treat last night. Chris Rock showed up as a surprise guest early in the evening to try out some new material. He reportedly told the crowd that he’s opening tonight’s Oscars show on ABC with Steven Martin. The crowd ate it up.

It’s unknown whether their routine will send up the nominated movies or the stars in the audience. No doubt it’s funny, whatever it is. Martin, of course, has hosted the Oscars before– by himself, and one year, for some reason, with Alec Baldwin. Chris hosted solo in 2016. I don’t know why they’re not hosting tonight but they’re just opening the show.

The big cliffhanger will be to see whether or not Netflix has won any Oscars after spending a reported $100 million in promotion and marketing. They’re supposedly going to win two: one for Laura Dern in “Marriage Story” and another for the documentary “American Factory.” When each of those categories is called, the producers should play soap opera organ music as the envelopes are opened.

Other highlights of tonight’s show will be all the musical numbers, including Elton John performing his nominated song, “I’m Gonna Love Me Again” and Billie Eilish singing over the In Memoriam segment. Of course, the cliffhanger there is who will be left out. In New York, friends of the late Sylvia Miles are crossing their fingers the twice nominated actress made the final cut.