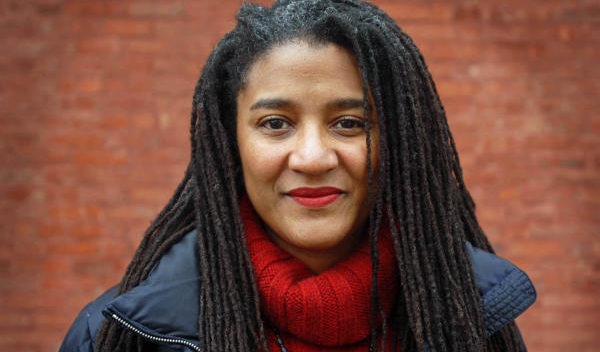 The call for help went out at 2:42pm on Thursday, just while Donald Trump was having a nervous breakdown on national TV.

The Tweet: “I am locked in the bathroom at Lincoln Center. I have been banging and yelling if you see this tweet send help!”

It was from Lynn Nottage, Pulitzer Prize winning playwright of “Sweat,” and author of the book for the upcoming Michael Jackson musical.

“Where are you?! I’m on my way.” Evan Cabnet, artistic director of Lincoln Center Theatre, replied immediately.

In the time before Nottage was rescued, a woman named Myra Slotnick wrote on Twitter: “Help is coming, I called security, they’re coming.”

Miranda Haymon tweeted: “evancabnet and I are looking for you!”

A woman named Michelle Guitierrez wrote: “remember when that happened on Kinky Boots? To the cast? During a show?”

Lisa Dickey said: “Given the events of today, it might be safer to just stay in there”

Ned van Zandt observed: “My mother was a big band singer named Durelle Alexander who sang with Paul Whiteman. She got locked in the bathroom at Rockefeller Center Dec 7 ‘41. News had broken about Pearl Harbor, people were panicking, nobody found her for hours.”

At 4:06pm, she added: Thank you to all that came to my rescue. My appreciation is deep. For a moment I thought I might be stuck for hours.”

Cabnet was hailed by another Tweeter but demurred: “I can take no credit, Phil, but not for lack of effort.”

And that’s the glamorous life in the theater!