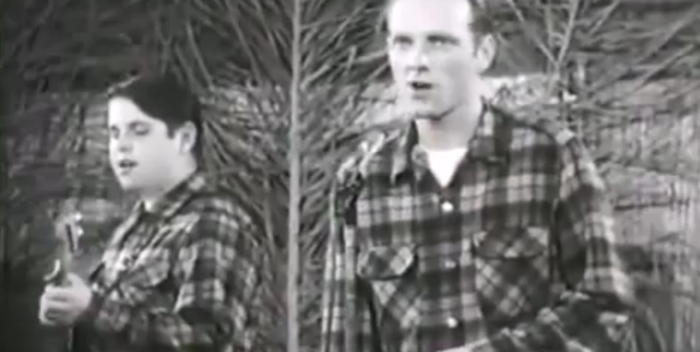 Apparently Love, a cousin to Wilson, has the rightx to tour with the Beach Boys name. Always a villain in their 50 plus year saga, Love has confused the band’s 1962 hit “Surfin’ Safari” with the real thing– big game hunting. He’s planning to have his Beach Boys– which don’t include Brian Wilson or Jardine — perform at the SCI Hunters Convention in Reno this week. The hideous Donald Trump Jr. is the keynote speaker.

A petition has gone up at change.org to stop Love, et al from wrecking what’s left of the Beach Boys name by participating in this crap fest. I’m curious to hear what John Stamos– who has played with the band over the last years– thinks of this situation. Also, Bruce Johnston, who– like Wilson, brothers Carl and Dennis, Love, and Jardine– was a founding member. (Carl and Dennis Wilson are deceased.)

On Twitter, Wilson writes: “It has been brought to my attention that on Wednesday February 5, The Beach Boys touring group licensed by Mike Love are headlining at the Safari Club International Convention in Reno, Nevada…This organization supports trophy hunting, which Both Al and I are emphatically opposed to. There’s nothing we can do personally to stop the show, so please join us in signing the petition at change.org.”

Wilson is the musical genius behind the Beach Boys’ greatest compositions from “Good Vibrations” to “Wouldn’t It Be Nice,” “God Only Knows,” and “Surf’s Up.”

When he wrote “Surfin’ Safari” it was about loading up surfboards on a wood paneled station wagon and cruising the coast for good waves. It was NOT about murdering endangered species around the world.

This is absolutely repugnant behavior by Love, who doesn’t have a great reputation in Beach Boy history. I’ve been lucky enough to travel to Southern Africa twice in my lifetime. Once you’ve seen the majestic animals who inhabit the continent, all you want to do is protect them from vulgarians like the Trumps. Photo safari, surfing safari, yes! Hunting, no!