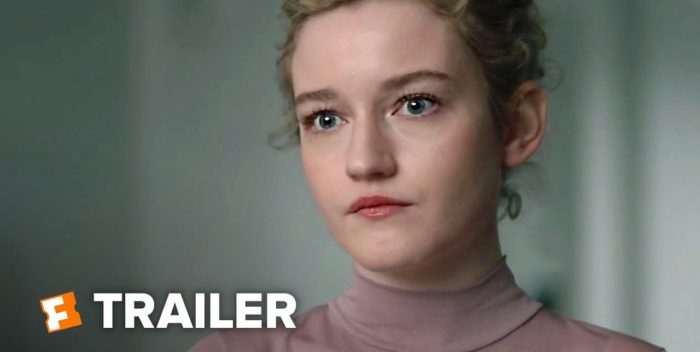 I don’t know who Kitty Green is, but she’s made a little docudrama called “The Assistant” that is supposed to shock Hollywood and everyone else.

Alas, the only audience for “The Assistant” might be Harvey Weinstein’s jury, although I’m sure the judge would never allow it to be seen by them. Indeed, there may be a problem since “The Assistant” will be released in just 1o days, as the Weinstein trial takes off. How can the judge stop the jury from seeing the movie or hearing about it?

Green is an outside director/producer/writer. But someone with alleged inside knowledge of Weinstein’s office– down to its look– obviously advised her. It’s an uncanny recreation of how Weinstein’s office operated, at least according to Green and her cohorts. They’ve even cast actors to look like people who worked for Weinstein over the years. One of the producers is James Schamus, formerly head of Focus Features, and someone who had many meetings with Weinstein in his Tribeca office over the years. (I even saw him there once when I was leaving an interview.)

The names are changed, if there are names at all. We don’t really know anyone except the main character, Jane, who’s been an assistant in a  New York movie mogul’s executive office for five weeks. Jane is played by Julia Garner, who is exceptional. Garner plays Jane as a girl of great vulnerability who finds herself taken hostage by dire madness. It’s not funny. Truly, it’s almost a horror film.

Think of “The Devil Wears Prada” except it’s all real, and very, very scary. Jane is treated like a doormat in the office, overlooked, neglected. She’s a maid, a nanny, a gofer. Her duties include cleaning sex stains out of the executive couch and watching over the mogul’s three young rambunctious children. (This is particularly mean and uncalled for.) She returns lost jewelry to young women who’ve been hosted in the mogul’s office after hours.

The mogul is cheating on his wife, who — to give this a twist– has a French accent. We never see her or him, but we hear them. Whoever’s doing the voice of Weinstein has studied his cadences pretty closely. Into the office is dropped a 21 year old whom the mogul has “discovered” in Idaho, at the Allen retreat, and has brought to New York. He puts her up in the Mark Hotel for assignations. This is what makes Jane break, and she goes to Human Resources. There she meets part of the conspiracy– it’s almost like she’s a Stepford wife trying to escape– and is turned away.

Everyone at the movie company is on the mogul’s very bad, if not illegal behavior. But in the end, “The Assistant” goes nowhere. There’s no real plot, no character development, and no interest in the story developed beyond “look at this.” It’s more a scenario than a screenplay, a very long short film. I don’t know why Bleecker Street bought it, it’s not for theatrical consumption. I’m not even sure it’s for TV since when it winds down, the feeling is, “Okay, so?” or “And then what?”

But people in the film business, and those who worked for Weinstein, will be curious. And when the trial is over, so will all its participants.