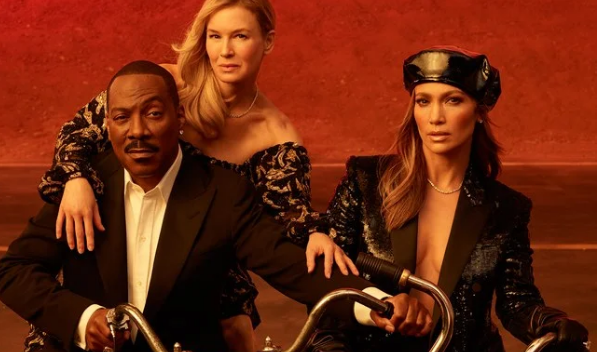 Instead of nominees and big stars, they went mostly for outliers and young people. On the main cover there’s one nominee: Renee Zellweger, who seems photoshopped into a photo of non-nominees Eddie Murphy and Jennifer Lopez. VF maybe stands for Very Funny.

Inside there are just two or three more nominees including Laura Dern and Antonio Banderas. But the magazine made the obvious choice to skip Brad Pitt, Adam Driver, Scarlett Johansson, Joaquin Phoenix, Leo, even Cynthia Erivo, anyone from “The Irishman” and so on. And still, all those people will show up at Vanity Fair’s Oscar party on February 9th to get their pictures taken.

Instead there are a lot of newcomers and young people, as well as a completely unrecognizable picture of Jennifer Hudson (to honor the hit Oscar winning “Cats”) and Alfre Woodard getting no Clemency in African garb. (Maybe it’s a tribute to her late good friend Nelson Mandela.) My favorite of these, actually, is Beanie Feldstein, dancing for joy after a great year with “Booksmart.” There’s also a picture of Lily Rose Depp. I have no idea why. If you do, let me know.

The good news is that Mark Harris wrote the accompanying piece. He’s part of the new former Entertainment Weekly staff that have moved in of late to the Radhika Jones-edited publication. Anthony Breznican is also in the group. Things can only get better.

The VF website also features photos from the magazine’s pre-Golden Globes party sponsored by Amazon. Aside from Tony Shalhoub, there are no pictures of anyone from Amazon’s hit series, “The Marvelous Mrs. Maisel.” No Midge, no Susie, no Lenny Bruce.