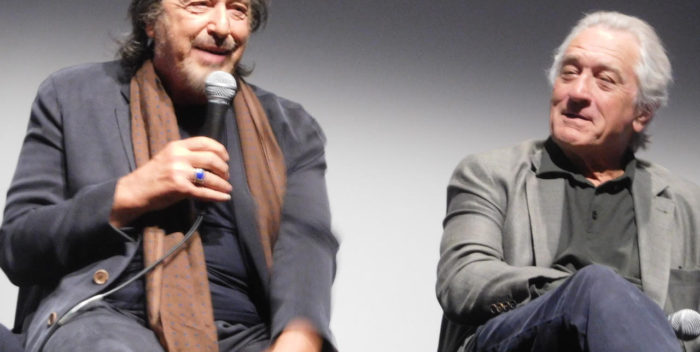 Martin Scorsese’s “The Irishman” scored 10 Oscar nominations today. But it should have been 11. Missing from their list was Robert De Niro as Frank Sheeran, the lead actor/character from the movie.

De Niro, who gives a beautiful, subtle performance and drives the movie from beginning to end, has been overlooked by almost every group this awards season. He’s considered our finest actor for his catalog of performances in movies like “Taxi Driver,” “Raging Bull,” “Goodfellas,” and more recently, “Silver Linings Playbook.” He has two Oscars.

So what’s going on? Could it be his outspoken condemnation of Donald Trump? Possibly. Even in liberal Hollywood it’s possible to over do it. De Niro has never wasted a second to denounce Trump in graphic terms. He’s called him every name in the book. He’s even suggested attacking him.

De Niro has suggested Trump be “hit by a bag of sh-t.” He’s said Trump and his kids should “disown” each other. “I wouldn’t want to be related to them,” he’s declared. He’s said that Trump needs to be humiliated. De Niro has gone in strong, never once letting up.

Often, instead of promoting “The Irishman” in interviews or at SAG screenings, the great actor has stuck with the Trump offensive. He’s gotten loud applause and cheers wherever he’s gone. But the lasting effect seems to be that Academy voters remember his politics more than the performance as Sheeran.

And some may not agree with him. I know I do, and plenty of Academy voters may be thrilled to hear one of their leaders voice their opinion. But some may disagree with De Niro or wish he’d kept the volume down. Particularly at SAG screenings, the people who go like to hear about acting. They already know about Trump.

If his politics prevented a nomination, for De Niro it may have been worth it. He’s had lots of awards. He cares passionately about our country, and felt he had to make his voice heard on the subject of Trump. It was his sacrifice to make. But I wish he were in that group of nominated lead actors.