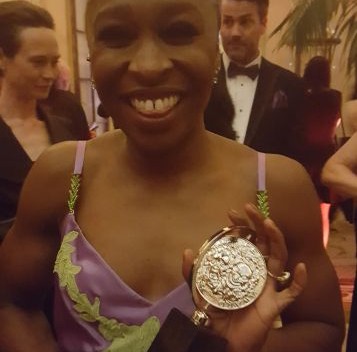 Female director still can’t penetrate the Oscars. Greta Gerwig was denied for a second time this morning with her “Little Women.” And she wasn’t alone.

But women had an impact in a different way. Scarlett Johansson got two acting nominations. She was named for lead in “Marriage Story” and supporting in “Jojo Rabbit.” That’s quite an accomplishment.

The other double was Cynthia Erivo, the lone African American nominee for “Harriet” as lead actress. Erivo also received a Best Song nomination for “Harriet” for her song, “Stand Up.” Not a surprise that music was involved in Erivo’s world. She won the Tony Award for the musical “The Color Purple.” She’s currently filming an 8 part mini series playing Aretha Franklin.