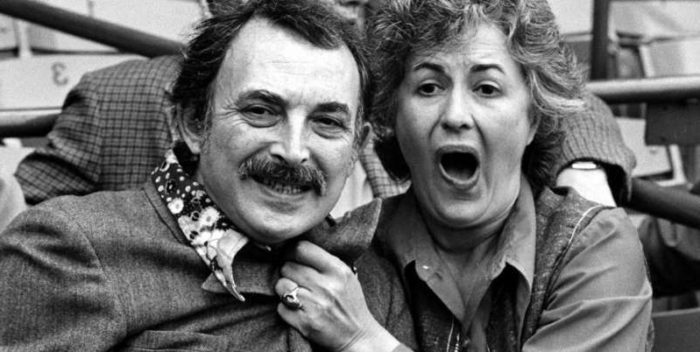 Norman Lear, 97, literally bounced on stage to receive his Critics Choice award for the live broadcasts of “All in the Family” and “The Jeffersons” this past year. I am in awe of him, I think everyone in Hollywood is. Lear has definitely taken the right vitamins.

I asked him before the show started last night what plans he had for “Maude.” I told you a couple of weeks ago a “Maude” reboot would follow most recent “All in the Family”/”Good Times” live showing.

“I’ve got two actresses in mind,” Lear told me. “I can’t tell you who they are yet.” One would play Maude, the other her daughter, Carol. The originals were, of course, Bea Arthur and Adrienne Barbeau.

The big news is that “Maude” will not take place in the 1970s. It’s going to be updated for now. “There’s a whole concept, it’s very different,” Lear told me. It’s unclear whether another “All in the Family” episode will air, or if “Good Times,” which was spun off of “Maude,” will play in tandem.

The whole casting of “Maude” will no doubt be an event announcement. So far, Lear and co-producer Jimmy Kimmel have slotted in a lot of A list movie stars for the all actors in these revivals.

I did tell Lear my theory about Meryl Streep playing Maude– even though she’s 20 years older than Bea Arthur was in 1972. Lear laughed. “Listen,” he said, “Meryl Streep is so good she could play you!”