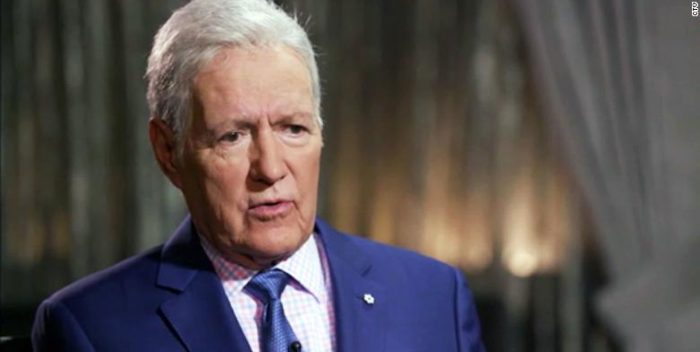 That’s right. After hovering just under that number for two nights in a row, “Jeopardy: GOAT”– which means Greatest of All Time — jumped over 15 million viewers last night to 15.38 million.

Alex Trebek must be very happy, especially if he’s getting ready to step down after almost 36 years. When the competition resumes next week, expect the audience to grow some more. Even though Ken Jennings in the lead, I’ll bet Brad Rutter and James Holzhauser will try and slow him down.

For ABC, getting this goat is quite a score. “Jeopardy” is giving their 9pm a great lead in. Last night, over 6 million people tuned in to see their report on Jeffrey Epstein. There’s an irony there since ABC reporter Amy Robach was caught off camera saying she’d had the story three years ago and ABC News refused to run it.

ABC loves its prime time game shows. They just announced a revival of “Supermarket Sweep” hosted by our beloved SNL star Leslie Jones. I wish Leslie were doing more sophisticated things, but she’s got to make money and we can’t blame her. ABC is searching for an equivalent to Ellen Degeneres’s “Game of Games” show. Maybe Leslie will be that person.