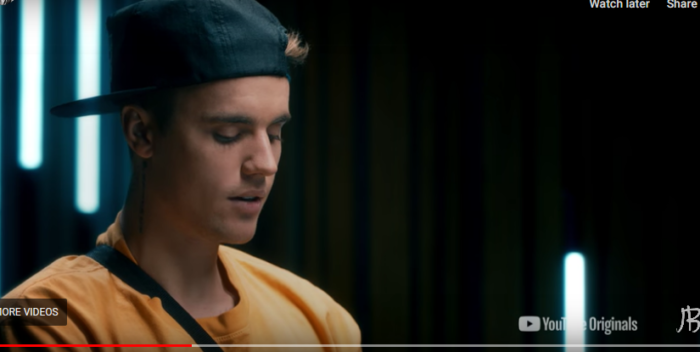 As if it were a thing of importance, the marketing for Justin Bieber’s 2020 has begun.

And remember, we’re going to war.

Tonight he’s released his first new solo single off his forthcoming new album. The song is called “Yummy,” because that’s the level of introspection that Bieber commands. Is he born to run? Has he seen fire and rain? Is he telling us what’s going on?

No. He’s got Yummy on his mind. And it tastes good.

Bieber has already launched a “docu-series” on You Tube, also. This is preparing us for his album and tour, which is set for the summer. Personally, I cannot wait. (And won’t.)

Justin didn’t just write these songs himself. He had collaborators, only two: Poo Bear, and Leon Hlabathi. Leon was born in South Africa in 2002, yes, 2002, like, yesterday. Bieber is an old man compared to him. Poo Bear is 41 year old Jason Boyd. His Wikipedia bio says “Boyd was born in Connecticut. He moved with his mother to Atlanta at age 9, after a tornado left them homeless.” (Connecticut tornadoes are extremely rare. The Nutmeg State had 3 in 1989, although no one was killed.)

And so this is “Yummy.” As Justin put it profoundly last week. God has him right where he wants him. (Justin, I’d move two feet to the left, because lightning is coming.)