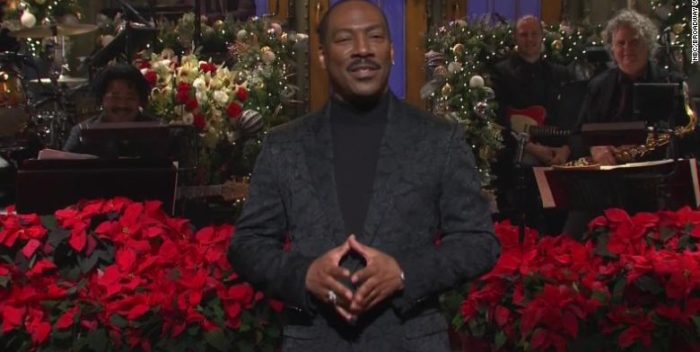 “Saturday Night Live” has been drifting ratings wise this season. It’s been averaging 4 million viewers per show, even dipping to 3.9 million at one point. Not good.

But this past Saturday’s show was a ratings blow out. The combination of Eddie Murphy as host and Lizzo as musical guest brought in 9.921 million viewers. In the key demo, the number was 2.5 million of those nearly 10 million people were between 18 and 49.

These are the best numbers since 2017 when an episode of Melissa McCarthy imitating Sean Spicer earned over 10 million viewers and a 2.7 in the key demo.

Eddie’s appearance just went through the roof. All day I only heard everyone talking about it. For older fans of the show, he was the magic to bring them back or make them stay up late. Lizzo brought the young viewers. I thought she was might impressive.

Murphy did the right thing– he revived a bunch of beloved characters from Mister Robinson to Buckwheat to Gumby. He gave the public what they want, just like the new “Star Wars” movie. And they ate it up. Plus, bringing on Chris Rock, Dave Chappelle, et al during the opening monologue was really smart. I’m just sorry Tim Meadows was missing. And if Joe Piscopo had been on, instead of just referenced, that would sent the ratings even higher.

Still in all, a great episode that will be talked about for a long time. It should also get Emmy attention this summer. Eddie can only be pleased.