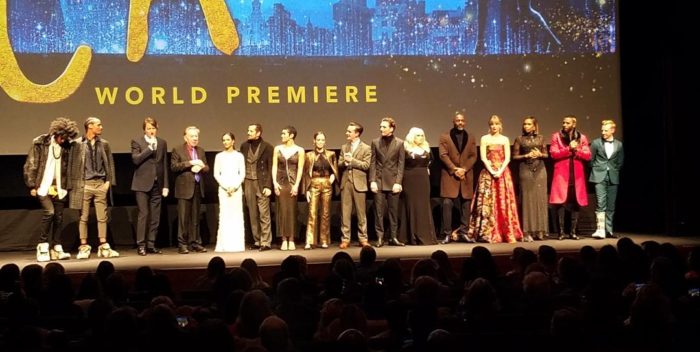 “Cats” may prove to be a bigger test of critics vs. movie audience starting tonight.

The Tom Hooper directed movie has scored a lowly 16 on Rotten Tomatoes as critics have gotten catty about the translation of the hit Broadway show to the big screen.  There are few positive reviews, and even those are stingy. For the most part, every movie reviewer and blogger has hated this movie, especially the CGI. The main complaint is no script or story, which means they didn’t really get the stage show in the first place. “Cats” never had a plot.

Entertainment Weekly, for example: Even after 110 tumbling, tail-swishing, deeply psychedelic minutes, it’s hard to know if you ever really knew anything – except that C is for Cats, C is for Crazy, and C is probably the grade this cinematic lunacy deserves.”

But there may be hope: social media indicates a HUGE interest in this movie despite the critics. I’ve noted more social media action on “Cats” than on the new “Star Wars.” It’s quite possible “Cats” will catch on with the show’s fans, who will come out to see it just to defy the movie critics.

And the critics? A big chunk of the Rotten Tomatoes audience are bloggers with small followings. This is their time to shine. Who can be the most clever tearing apart “Cats”? My favorite quote is from Edward Douglas of The Beat: “Cats is the worst thing to happen to cats since dogs.”

Well, let’s see how it goes in previews tonight and in the real showings on Friday. “Cats” may claw its way to the top. But I still need to know what jellicle means, and where Grizabella goes in her chandelier topped hot air balloon. To Oz, perhaps?

If nothing else, check out “Cats” for Jennifer Hudson’s glorious performance of “Memory.” It’s spot on.