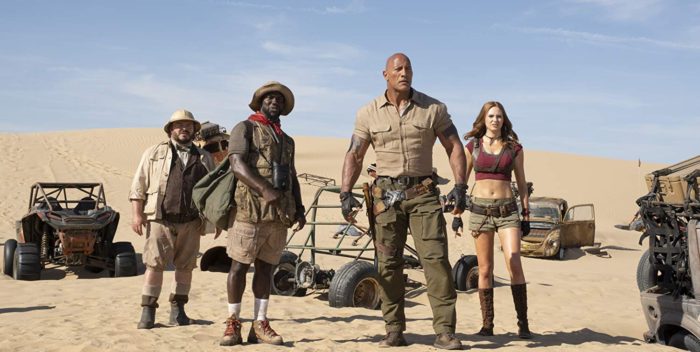 So, who cares about “Charlie’s Angels”? Or the underperforming “Beautiful Day in the Neighborhood”? Or the Sony Walkman, for that matter?

“Jumanji: The Next Level” had a $60.1 million weekend. Sony execs are doing cartwheels. They issued a $35 mil prognostication. Then it was upgraded to $50 mil. But $60 mil?

And it’s all about Dwayne “The Rock” Johnson. You can’t keep this guy down. Two years ago, his first “Jumanji” made $404 million in the US and almost a billion total around the world ($965 mil). He’s literally printing money! I’m sure “Jumanji 3” is already in the pipeline for 2021.

“Jumanji” has turned out to be a great concept. Back in 1995, with Robin Williams, the original film made $100 mil US and $262 mil worldwide. That wasn’t chump change then.

And The Rock? He’ll keep rocking next July in Disney’s “Jungle Cruise.” He has two more films in pre-production and a bunch coming after that including maybe a remake of Kurt Russell’s “Big Trouble in Little China.”