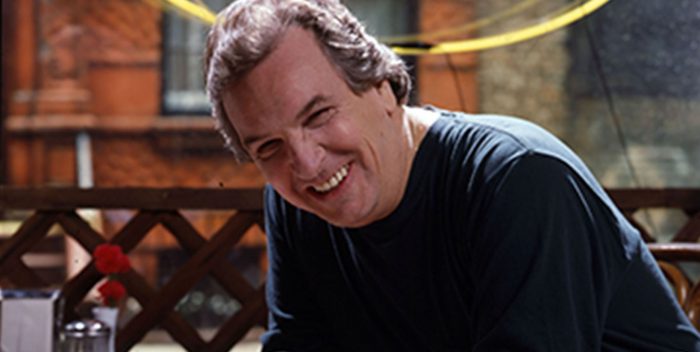 Danny Aiello was like the New York actor. He was a hit here before he was a hit anywhere. Everyone in New York knew him from the movies and loved him. He was our guy. And he responded that way, too. He loved everyone he met. He became friends with everyone, on a first name basis. You could tell he loved life, and appreciated his fame. He died at age 86 yesterday, and there’s an outpouring of love for him all over social media.

I could say I knew him, but he knew everyone and everyone’s names. Even if he hadn’t seen you in a while, Danny acted like you were long lost friends. He was the kind of person who made you feel good for his success.

And that success: “Godfather II.” “Fort Apache: The Bronx.” Two Woody Allen movies, “Purple Rose of Cairo,” “Radio Days.” “Moonstruck.” And then “Do the Right Thing” brought him the celebrity, the Oscar nomination, all the accolades. He was off and running. Wherever he went people wanted to hug him. That’s what you did before everyone started asking for a picture. In Elaine’s, if he stopped by, they’d be talking about it for days. Danny Aiello was here.

Thanks, Danny. It was great knowing you. The funny part now will be people going back to the old movies, and saying, Look, it’s Danny Aiello. He’s in every movie. It seemed like that.