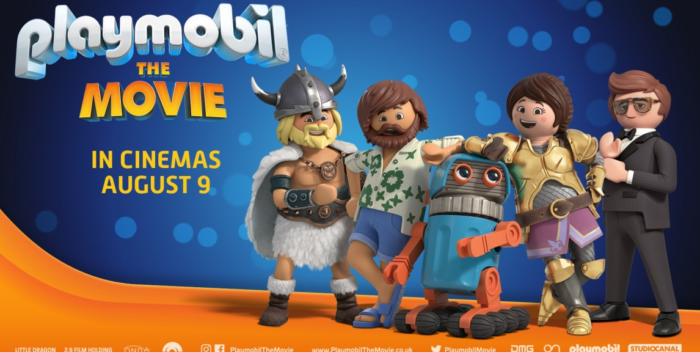 For new studio STX this is quite a disaster. It’s especially heartbreaking since STX’s fortunes were looking up with the success of “Hustlers” and Jennifer Lopez getting some nice awards attention. Earlier this year, STX also had a hit with “The Upside.” Each of those films made over $100 million.

But “Playmobil” is a total write off. Reviews were terrible, too, coming in at 16% on Rotten Tomatoes. It’s not like the bar is that high. The goal here is to make something where you can park kids on the weekends. The movie ticket price is supposed to be a bargain compared to a baby sitter. But if the movie is so bad that even that can’t happen, you know you’re in trouble!

“Playmobil” is directed by Lino DiSalvo. It’s his first directing job, but he was head of animation on “Frozen.” These days, such a failure could mean DiSalvo directs the next “Star Trek” movie.

Playmobil is a toy for small children– very small. It’s owned by German company, Brandstatter. It’s a little unclear if they licensed the product or invested their own money in the movie. The credits include 21 different producers including the husband of Princess Grace’s granddaughter, Dmitri Rassam.