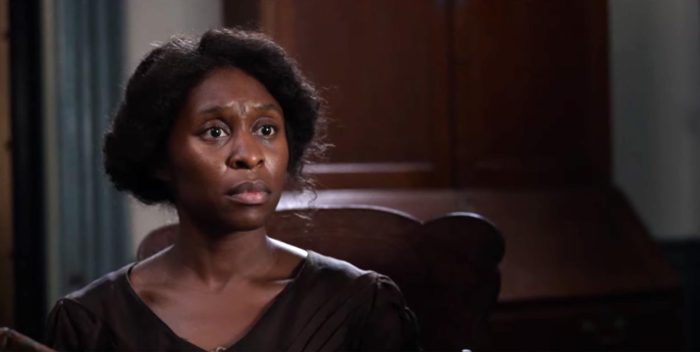 Well, “Frozen 2” did what it was supposed to do, and put a chill on most of this week’s movies. The Disney franchisee scored a stunning $127 million in its debut weekend, making it the third biggest opening for an animated movie.

Don’t forget, it took the first movie 13 days to make $100 million in 2013, over Thanksgiving weekend. The total domestic take was $400 million. So the sequel already has a quarter of that in the bank. “Frozen 3” is being defrosted even as we speak.

But the real box office story is “Harriet,” directed by Kasi Lemmons and starring Cynthia Erivo. Focus Features has raked in $36 million over 4 weeks. This weekend brought in another $2.3 million. The little movie has a following, great word of mouth, and Erivo in what should be an Oscar nominated performance. They only have to hang on now for some awards announcements, which will bring in more audience.

Ironically, this week the screenwriter said in an interview that when the movie was first pitched years ago, the suggestion was for Julia Roberts– who is white– to play Harriet Tubman, one of the great black American heroes of all time. Can you imagine if such a thing had been attempted? Luckily, it wasn’t. Erivo is a marvel, and she will in the top 5 actresses of the year including Renee Zellweger, Charlize Theron, Saoirse Ronan, and maybe Alfre Woodard. That would be a terrific group of finalists.

I’m so thrilled for Cynthia Erivo. She won the Tony Award for the revived “Color Purple” on Broadway. She’s an extraordinary singer and actress. Her next success will be playing Aretha Franklin in the Discovery channel’s “Genius” mini series.