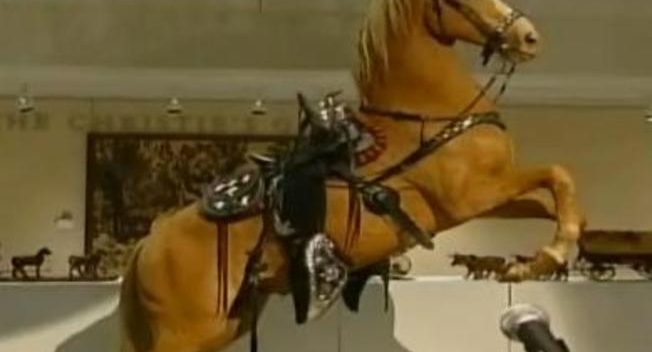 Donald Trump Jr.’s “best seller,” is falling like a rock after two weeks on the top of the book charts.

“Triggered,” which is not a reference to Roy Rogers’ horse, is number 70 today at Barnes & Noble.com It’s number 16 on amazon.com.

But for two weeks “Triggered” was unaccountably at the top of the charts. It’s number 1 on the New York Times list, which lags behind by two weeks. It’s still number 5 on USA Today.

Today the Times reports how Trump Jr. gamed amazon and their own list. On the Times best seller list there’s a little dagger sign next to “Triggered” indicating there have been large bulk sales of the book. It turns out they come from the Republican National Committee, if not other groups. The RNC, the Times says, spent $94,800 buying “Triggered” from a wholesaler called BooksaMillion.

According to BookScan, “Triggered” has sold more than 116,000 copies as of November 16th. But six days have passed since that time, and now the bulk sales purchase is wearing off. “Triggered” sales on Barnes & Noble.com are already dropping fast. On amazon, you can see that Elton John’s “Me” and Michelle Obama’s “Becoming” are now ahead of it in real time.

One chart the RNC and Trump Jr can’t manipulate as easily is the Kindle and e book one. There, “Triggered” is at number 425. Even if there was a concerted effort at the beginning to buy e book downloads of “Triggered,” that is fading as well.

Meantime, amazon has also been gamed in their review section. There are currently 321 reviews of “Triggered.” Nearly all of them are five-star and read the same way: “Best book ever written.”