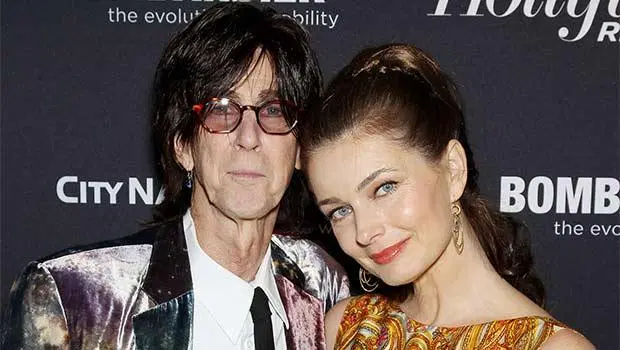 Usually, I don’t get into this stuff. But I loved the Cars, and Ric Ocasek was a great guy with whom I had many nice conversations over the years.

A couple of weeks ago I’d heard about Ric’s will, and that he’d cut third wife Paulina Porizkova out of his will. Even though they were still not divorced, he wanted to make it clear he was through with her.

He did cut his two older sons out of the will as well. They were from his first marriage.

More importantly, I was told that Ric had been diagnosed with cancer after his heart surgery. He knew he was very ill. That he’d survived the heart surgery didn’t matter. At 75 years old, he didn’t have long to live.

Nobody had ever known that Ocasek was 75, by the way. He’d shaved five years off his age when The Cars first broke back in 1977. He’d gotten a late start as a rock star.

So it does seem Ric got the last laugh on Paulina by cutting her out of his will. But not all the laughs. I’m told that when they bought the Gramercy Park townhouse, it was Porizkova who put up the money. She will get back from the sale what she put into it.

Ric was also furious with Paulina by her relationship with boyfriend Ed Solomon. Despite Porizkova’s claims that they were all one big happy family, it was not the case. One source who I spoke with laughed about Paulina’s story about how she brought Ric cookies the night before he died. “Who brings cookies to a man that sick? What is going on there?” says a source.

Paulina’s relationship with Solomon wasn’t known to the public, but Ric knew it. And I’m sure he saw Twitter exchanges like these and wasn’t pleased.

Can people really die of a broken heart? Not really but my source feels he did. 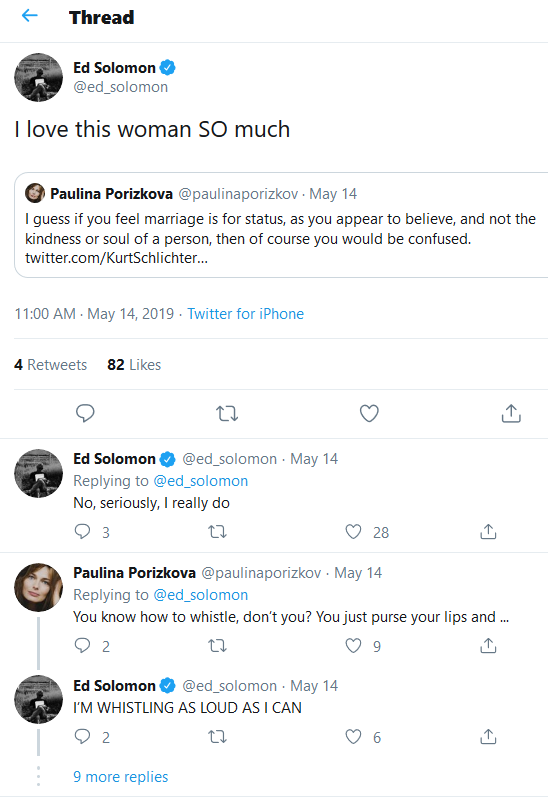