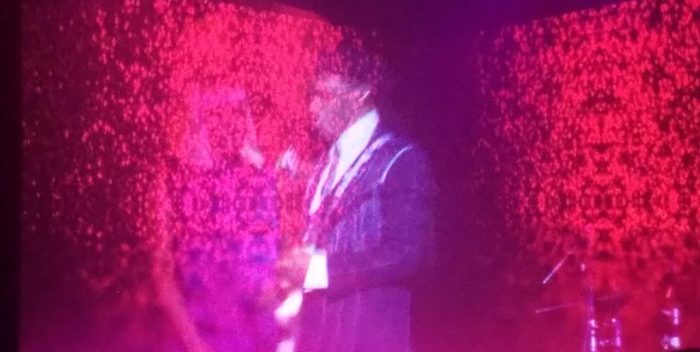 Country superstar was honored last night by Nile Rodgers’ We Are Family Foundation at the Hammerstein Ballroom in New York. WAFF founder Nancy Hunt introduced them, and boy oh boy it was something else when disco met country. It has to be a first. Nile and his legendary disco outfit Chic played Dolly’s “Nine to Five” and “I Will Always Love You” just as if they were at the Grand Ol’ Opry. Then Nile and Chic went on to play their greatest hits for the audience including famed French designer Jean Paul Gaultier.

Gaultier, who was also honored, made a beautiful speech about love and acceptance. He also said that we should fight ageism. If you listen closely, Dolly– who is never anything but authentic and hilarious– says she’s against wrinkles! (She’s had a lot of plastic surgery.)

Nile and Nancy started WAFF in 2001 right after the 9-11 attacks. First it was a “Live Aid”-type video, but now they are building schools and helping people — especially young people — all over the world. The annual Hammerstein gala is an event now, and there wasn’t an empty seat in the packed house. Guests were twirling and bopping to “Let’s Dance,” “Le Freak,” and “We Are Family” all night. Quite an accomplishment! And Dolly got to meet Jean Paul. Nothing will ever be the same!

Kudos as usual to Jeni Stepanek, PhD who brings her Peace Club and Mattie J.T. Stepanek Foundation every year despite being in a wheelchair and ventilator as she fights a rare neuromuscular disease. The foundation is named for son Mattie who died at age 14 in 2004 from a similar disease. Jeni Stepanek is completely amazing– check out their foundation, too.