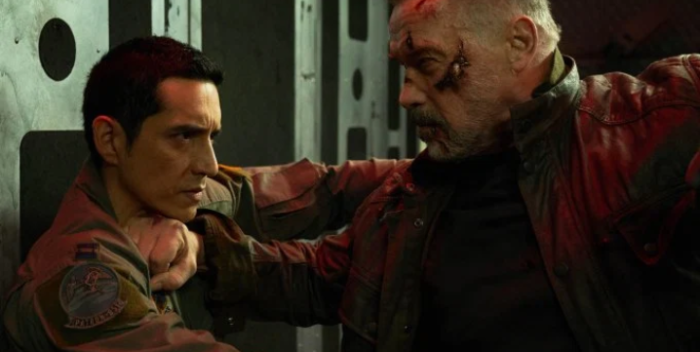 That may be all for “Terminator” movies, just as it was for “Rambo” last month.

The new Terminator entry, “Dark Fate,” cost at least $185 million to make, and took in just $29 million over the weekend. It’s DOA. To paraphrase Arnold Schwarzenegger, “he won’t be back.”

Many important people are involved in the mopping up: Both Paramount and Fox-Disney, Skydance, Tencent, Lightstorm Entertainment and TSG. They’ve spread the misery around, certainly. And so many people have to get paid before Arnold, unless that’s in his deal. James Cameron, for one, and David Goyer. A mess.

Paramount is having a tough time. They invested in a lot of “franchise names” like Will Smith (“Gemini Man”) and Arnold, and got nowhere. They’re probably thanking God for “Rocketman.” Because of the success of the Elton John movie, Paramount will try to replicate the success with their BeeGees movie which tell the tale of the Gibbs brothers rising out of Australia, having many hits, bringing in their youngest brother, Andy, who soared to fame and success then died. Then two of the main brothers die, leaving Barry Gibb in Miami. They should call the movie “How Can You Mend a Broken Heart?” but they’ll probably call it “Stayin’ Alive.” As long as they don’t call it, “I Started a Joke.”

As for “Terminator,” enough already. Sylvester Stallone’s “Rambo: Last Blood” was a dud with $44 mil here, $44 mil abroad. There will never be another “Die Hard” movie with Bruce Willis. The era of the ’80s avenging anti-superheroes is over.