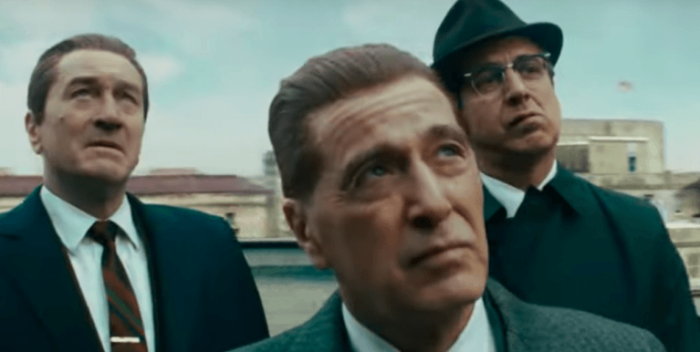 Digital projection is still not completely groovy especially when it comes to screening films or TV shows for large audiences.

I’ve heard two accounts of the disastrous premier showing of Martin Scorsese’s “The Irishman” at the Landmark 57 Theater on Friday morning. The 11:15 show was supposed to be the first screening in New York, and it was sold out. But the whole thing went sideways, fast. The show was cancelled, and patrons were given passes to return next week.

One patron, who brought two friends, wrote: “After making reservations a month ahead of time to get good seats in the Fancy Landmark theatre.
Got there on time seeing an 11 15 am show yesterday.
Theatre was packed all set to see it. When a usherette
or whatever came down to make an announcement that they will not be able to show it
because part of it was missing,
You think it was the end of the world. People screaming that they came in from Jersey
to see this, people threatened to call Scorsese, 1 person called CBS thinking it is right
down the block but they said they weren’t interested. I guy. a lawyer is going to bring a class action
suit against the theatre. It went on and on.
Well I’m going to see it Wednesday I hope. They gave us passes.
I Let you know if they found the film.”

There was a problem with the second show as well, also cancelled. But things were straightened out after that.

Did anyone mention that the Landmark Theatre skunked it’s movie goers on Friday’s opening of The Irishman. They cancelled the shows due to technical difficulties. Now that’s news. Not covered!”
Meanwhile, SAG screened AppleTV’s “Dickinson” for its members at the Robin Williams Theater on Friday. “The place was packed, everyone was excited,” a viewer wrote me. “But they started and had to stop. They couldn’t connect to the server. They did it again, same thing. People were moaning, this is Apple! What’s going on?” Eventually, a digital handshake went through, “Dickinson”– which has received good notices– was presented without interruption.
Was film so much better? Yes. It was rare (and still is) that film unspooled or broke. Clever projectionists would break out tape, fix the break, and get on with the show. I was at a film festival where a sophisticated projector literally unspooled the film and it had to be rewound by hand. But these were freak things. Everyone learns from the mistakes.