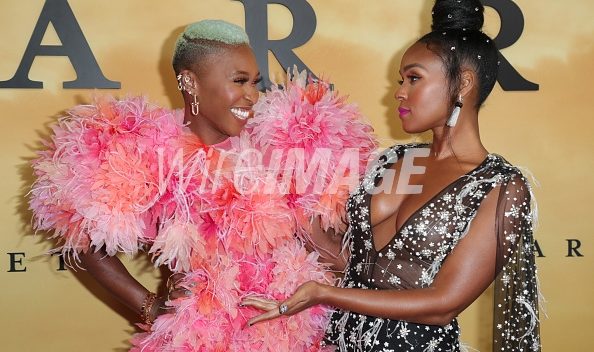 Since I saw “Harriet” at the Toronto Film Festival I haven’t heard a lot about it. But this fine film opens today, and Cynthia Erivo must certainly get an Oscar nomination for playing Harriet Tubman brilliantly. The Tony Award winner (for “The Color Purple”) is a gifted actress and singer.

Erivo wrote the title track, “Stand Up,” with Jonathan Brian Campbell. On Tuesday, Cynthia performede the song at the Four Seasons Hotel in Beverly Hills for the Critics Choice and other press and friends. That night at the “Harriet” premiere, Janelle Monae, Vanessa Bell Calloway, Elizabeth Banks and Debra Martin Chase were among the guests, and so was “Harriet” director Kasi Lemmons.

I’ll tell you why you have to see this movie: all of us, especially those under 50, don’t really know that Harriet Tubman was a real person. “The Underground Railroad” is something you hear tossed around. What was it? How did she do it? The crazy thing is, Harriet Tubman was like Wonder Woman without the cape. I’ve heard people say this is “like a Lifetime movie.” Bull shit. This is something we have to sit down and watch, everyone. And lucky us, in the middle of this presentation there’s a GREAT performance.