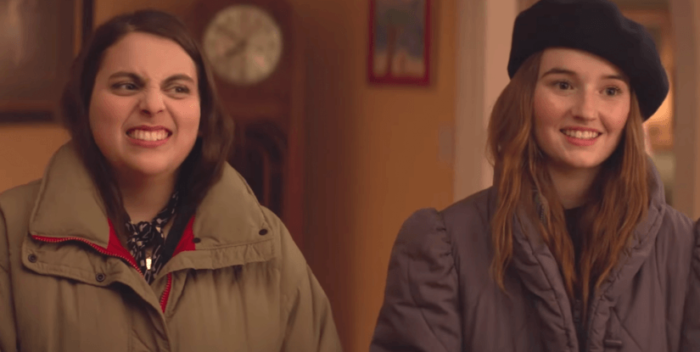 Olivia Wilde, actress and director, is livid and rightly so that Delta Airlines heavily edited her much acclaimed movie, “Booksmart.” Isn’t it enough that this poor movie was botched in its release by Annapurna Pictures? Now Delta, the airline that once made me wait 6 hours in Salt Lake City so they could find an antenna for their plane, has scissored up a fine film for no reason except stupidity?

“I finally had the chance to watch an edited version of Booksmart on a flight to see exactly what had been censored. Turns out some airlines work with a third party company that edits the movie based on what they deem inappropriate. Which, in our case, is … female sexuality?
🤔First of all, in order to select this movie from hundreds of options, you have to agree to a “parental advisory” that warns you that viewer discretion is advised. Once you click “proceed” it seems like you’ve agreed to watch the movie in its original form. Instead…— They muted or cut the word “vagina.” VAGINA.
— They removed Molly’s entire scissoring sequence. (No scissor emoji?! Thread for another time…)
— They Molly’s masturbating and UTI story (it didn’t end well).
— They cut the porn moment in the Lyft (our Oscar clip).
— They cut the second half of the animated doll sequence — because naked doll bodies – made for children – are too shocking even with no genitals. Speaking of which, they cut the word “genitals.”
— Most disappointingly, they cut most of Amy and Hope’s love scene in the bathroom, which involves zero nudity, but does involve an essential plot point for a lead character. Wtfffff.
By the way, they didn’t cut ANY cursing. Every “fuck” is heard loud and clear, sometimes in the same scene where they muted “vagina.”
🤯
. They showed George (elegantly) deep-throating a microphone but couldn’t stomach a consensual love scene between two women.
What message is this sending to viewers and especially to women? That their bodies are obscene? That their sexuality is shameful?
I urge every airline, especially those who pride themselves on inclusivity, to stop working with this third party company, and trust the parental advisory warning to allow viewers to opt out if they choose.”