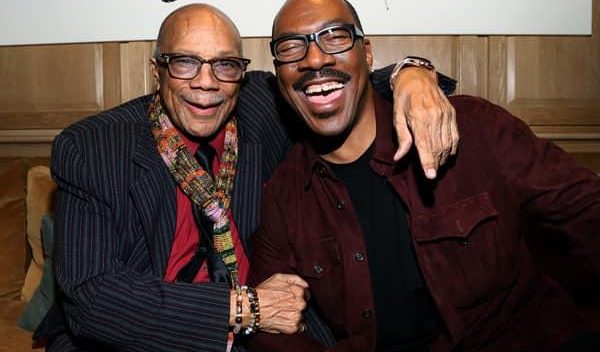 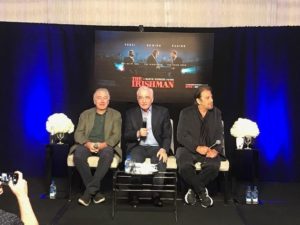 The Oscar Race is now in full swing-with a star-studded week of screenings, events and premieres.  Sony’s “Little Women” (which opens on Christmas Day) had its first screening last Wednesday night at the DGA. Hot ticket:  they had to turn people away.

Greta Gerwig, wrote the directed the film based on the iconic book, took the first of what will be many of her victory laps.  She commented before the film started that, “I am really nervous and really excited, and I couldn’t be more honored to share this with you. This really to me means so much. I grew up with this book. I know a lot of people did. They felt like my sisters. Their adventures felt like my family’s. In some ways when you grow up with literature like that, it becomes part of your internal life. It’s always been my dream to make this before I even had the option.”

Afterwards she was joined for a Q & A by cast members Meryl Streep, Laura Dern, Florence Pugh, Timothee Chalamet, Saoirse Ronan who all deserve awards buzz, as does Alexandre Desplat’s lovely score.  Amy Pascal is one of the producers who spearheaded the project. Pascal has described Gerwig’s take as “punk rock and Shakespearean.”  Gerwig pointed out that “so much of it is about money and women and money and women and art and money and how do you make art if you don’t have money,” to which Streep gave a true theatrical, “Amen!”

The premiere of Martin Scorsese’s  magnificent “The Irishman” followed the next night at the TCL in Hollywood with a star studded audience that included Justin Timberlake, Rosanna Arquette and Josh Gad.

The next day the Broadcast Film Critics Association, the BFCA, flown in by Netflix for a stay at the Four Seasons and a lavish premiere,  had their own press conference with Martin Scorsese, Robert DeNiro and Al Pacino.  Pacino was particularly animated, recounting stories of his playing Richard III, with a more subdued DeNiro looking on in bemusement.

The next day, more Netflix soirees: producer/actress Colleen Camp hosted, along with Quincy Jones no less, a reception and screening for Eddie Murphy’s “Dolemite” at the exclusive San Vicente Bungalows.  Longtime friends ‘Q’ and Eddie reflected on how they both “carried on in Cannes” and other musings.  Quincy noted, “I always like to say ‘I’m sorry I did, rather than I wish I had.”  That comment cracked Eddie up.

Quincy calls Eddie ‘peas’ to which Eddie explained, “that goes back to when I was in grammar school, and the kids teased me about my hair.  I told him that story once years ago and he’s never stopped calling me ‘peas.’  Quincy then congratulated Eddie for bringing this “funny brilliant and inspirational film to us.  I have no doubt we will be discussing your performance for a long time to come.  And let me just say that you and film absolutely deserve all the great responses you’re receiving. That’s a winning role man.”

Eddie replied, “We’re in the presence of greatness y’all.”

Colleen, beloved and tireless as she is, also hosted a screening and reception for “The Irishman” at the London Hotel. DeNiro and Pacino were accepting kudos and chatting with the voters and press. Another of Netflix’s buzzed about films, “Two Popes,” comes next. (They have four of the season’s top top top movies including “Marriage Story.”)  And so it goes.  Awards season is in full blast now!