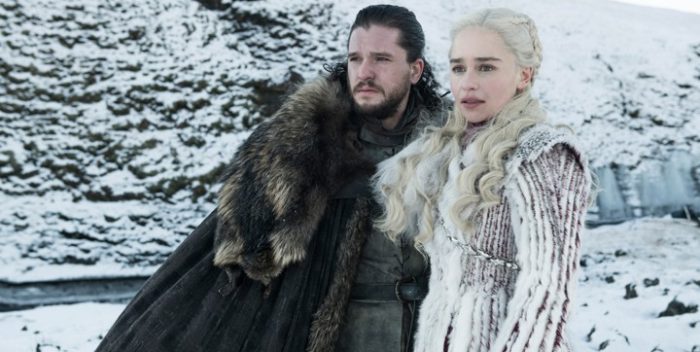 The much ballyhooed prequel to “Game of Thrones” at HBO isn’t happening. They made the pilot with Naomi Watts, among other, sets thousands of years in the fictional past of Westeros. But I guess it didn’t work, no liked it, and now it’s history.

I’m not surprised. This would have been costly, and the new owners of HBO aren’t taking chances. If the new show wasn’t obviously right, forget it.

There’s another spin off of “Thrones” being planned with George R.R. Martin involved. But who knows what shape that’s in, and Martin still owes us one more book he never finished. Everyone asks him about  it, and he kind of shrugs.

This new cancellation comes on the heels of “Thrones” producers DB Weiss and David Benioff getting out of their deal to make a “Star Wars” trilogy. It’s a coincidence, surely. But there are no coincidences. Studios are trying to cash in on brands known to the public. But it’s hard to catch lightning in a bottle a second time for anyone.

What might work is an actual “Thrones” spin off with characters everyone knows, an “AfterMASH,” so to speak. But Weiss and Benioff blew that when they killed Dany and sent Jon Snow into the woods. I guess we could have “Sansa Stark 2.0” with Tyrion Lannister running the general store. Or maybe breeding dragons. The problem with the cancelled pilot seems to be no dragons. And that’s a drag.