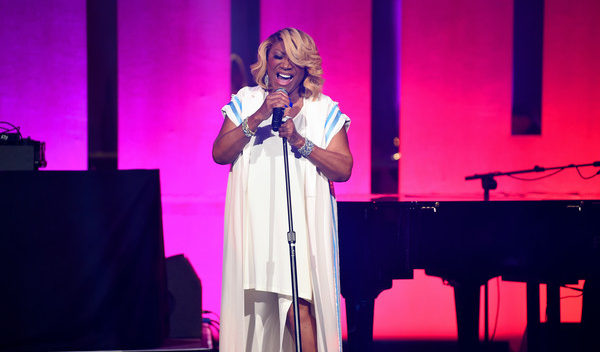 Denise Rich has been throwing her Angel Ball for about 20 years, since her daughter Gabrielle died of leukemia. She renamed the charity Gabrielle’s Angels, and kept raising money. Rich’s charity has actually sent drugs into the market, and had successes battling leukemia. It wasn’t such Denise’s daughter who died of cancer, but her mother and sister, too.

Back in 2000, 1500 people showed up at the Sheraton ballroom on Seventh Avenue to support Denise. Bill Clinton, Michael Jackson, and Milton Berle were among the guests. There were lots of real stars. There was no seating plan, so Geraldo Rivera took the mic and told everyone to sit down wherever they were. Nineteen years later, the “papered”guests have been replaced by actual donors. Clive Davis takes a table every year. Star Jones is on the scene.

Denise began the night with a somber candle lighting ceremony for her grandson, Kai, who took his own life this year age 19. When she began to mention him from the stage, I thought, hmmm, how’s this going to go? It turned out to be such an honest moment, and not just a few people in the room could identify with this tragedy. It made the Angel Ball all the more human.

PS I found myself sitting next to Michael Lohan, father of the Lohan dynasty, tabloid subject extraordinaire. He was very nice. We chit chatted about Lindsay, who I always liked, and his wife Dina, who was thrust into the spotlight without warning or skills, and has survived. He gave me a recent photo of himself, Dina, Lindsay, and another daughter Ali, all happy at an event. He said I could share it with you.

Here it is: (c2019 Michael Lohan, all rights reserved)