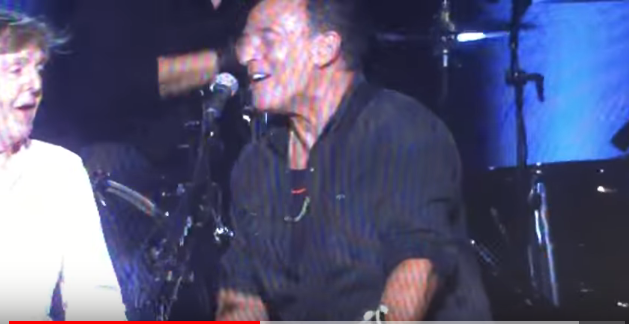 Warner Bros. lavished attention and money on Bruce Springsteen’s “Western Stars,” that’s for sure. The Boss’s first directorial effort, with Thom Zimny, was brought to the Toronto Film Festival, shown in Asbury Park, and given many premieres.

But the Springsteen audience may have been a little drained after the long and incredibly successful run of Bruce’s “Springsteen on Broadway.” After all, there’s just so much money to spend on any artist, even our favorite.

“Western Stars” was a bust in movie theaters over the weekend. It brought in just $530,000, or $1,000 per screen. You could see it on Fandango: just apathy from fans in New Jersey and New York. That’s even with releasing “Rhinestone Cowboy” as an extra, non sequitir track.

Was it over-saturation? Or was it Bruce’s Trump bashing? I like it, but this could be a real sign that audiences–whether they hate Trump or tolerate him– don’t want their rock stars’ invective ruining their cultural appreciations.

Ironically, Springsteen’s interview with CBS Sunday Morning was knocked out by Trump’s crazy rant this morning about the killing of ISIS leader Baghdadi.  The press went out for it anyway, with Springsteen criticizing Trump. A lot of his fans don’t even realize how liberal and anti-Trump Bruce is, which is weird, but there it is.

Conversely, “Western Stars” and its new soundtrack are a hit on amazon as CDs. I think that album deserves a Grammy nomination for Album of the Year, and “There Goes My Miracle” should get a Best Song nomination. It’s a tremendous piece of work.